The debut episode of X-RL7, a pixel-art cyberpunk animated series and music project featuring the voice acting skills of numerous alternative rock, metal and electronic musicians, is available today. Free to watch, the series, created by Mike Evans of UK based electronic rock act MiXE1, chronicles the exploits of the fictional band X-RL7 in a mix of comedy, social commentary and original music. Fueled by mysterious dream-like visions, the show follows the enigmatic  X-RL7 frontman  Omega as he navigates the trials and tribulations of the music industry alongside guitarist/producer PJ and flamboyant larger-than-life band manager Alfie in their journey to make it to the top of the musical food chain. Featuring a myriad of colorful characters and original electronic rock tunes set against a cyberpunk-inspired futuristic backdrop.

The series features contributions from an array of vocalists, so far including: 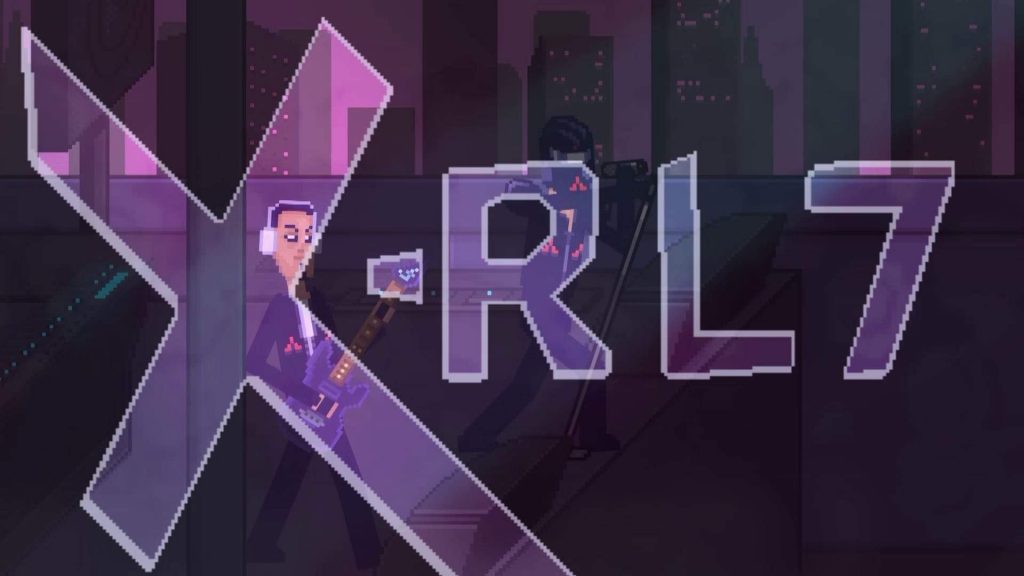