Hardcore Punks from Calgary, Alberta Canada who like to tear apart controversial topics in pursuit of social change, Citizen Rage have been dropping independent bomb shell EPs since forming in 2014 and taking their music on the road, playing festivals like Armstrong Metal Fest, Loud as Hell, East-Town Get Down, Lethbridge Deathfest, and Decimate Metal Fest. Sharing stages with their heroes in the likes of DRI, Cro-Mags, Madball, Comeback Kid and Cancer Bats at the same time. Their latest offering sees backup vocals from Rob Lawless of Real Sickies, Brad Graves of The Devil’s Sons and Matt Jak on Bogue Brigade and was recorded by Jamie Kovalsky at Prohibitor Studios and produced by the bands vocalist Mark Russell alongside Rob Lawless of The Physics Lab.

The inner voice of Russell accusing his therapist of not listening to him sets off “Twitch“, a crossover rager that Municipal Waste would be proud of, the group vocals perfectly set up for the live shows and fist pumping crowd interaction before the bass drive of “Sustain” follows up the left hook with a right upper body shot. Essentially Thrash at Punk speed with each socially aware vocal line hitting harder than the last, the influence of bands like Suicidal Tendencies is obvious with each short, sharp shock; listening to this is like being thrown on an electric fence. The longest cut here is “I Will F***ing Kill You“, which is still less three minutes and has some neat melody within its riffage, no time for any flamboyant solos, this is straight to the point, poke you in the eye music. Echoing that sentiment with the heart of a more traditional Punk song “Dreams“, ends things on a high. Expect to see Citizen Rage somewhere with Dropkick Murphys before too long [7/10]

“Black EP” by Citizen Rage is out now via Wasted Wax Records and available over at bandcamp. 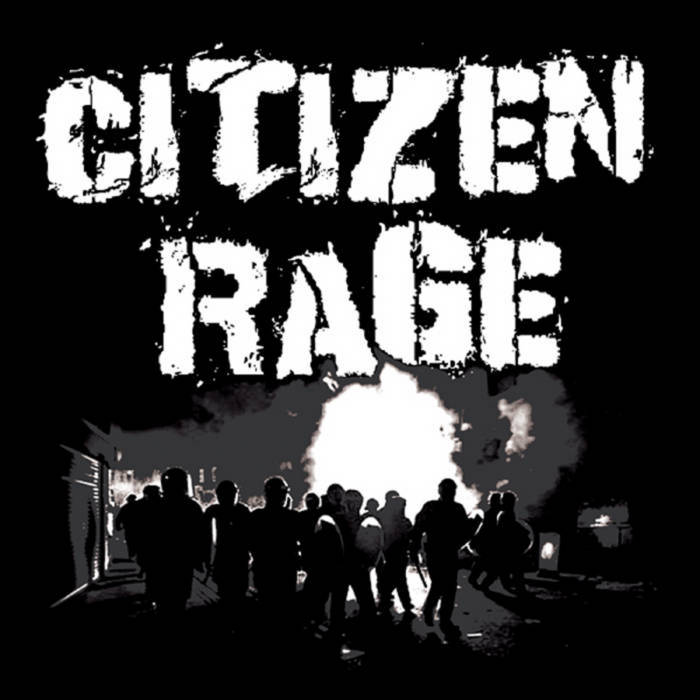