A band like Weaponry should need no introduction but for those not in the know, the quintet are formed of vocalist Al Bristow and bassist Jay Rozentals who are brothers through marriage, joined by father and son guitar duo Dan and Max Ashworth, while the rhythm section is held down by drummer Tim Doyle. Returning to record their fifth single “Blindly Follow Us” with Daly George (Creeper, Milk Teeth, Boston Manor) at their regular haunt The Ranch Production House, which they have frequented so often, it’s more like their local boozer at this point. So much so that if you’ve seen any episodes of the bands “No Lasting Memories” behind the scenes series, you’ll know that Max is addicted to abusing the vending machine there. George knows how to get the best out of Weaponry, he understands their sound and is able not only to record the band but also mix and master their material to perfection, something which the band shouldn’t take for granted.

As with the previous Weaponry singles, “Blindly Follow Us” is a song which has been tried and tested at numerous live shows so having originally started out as some point as a 12 bore shotgun, the butt has been sawn off and the barrels sawn down, thus making it something that is best used at close range; it’s been tightened up, the fat has been trimmed off and what’s left has then been polished to the point at which the band are happy enough to hit the studio without the need for any rehearsal. The end result of that work is that you get a studio version that is 10-20% better than it could otherwise be; because Weaponry have a swagger to their performance, a confidence that bleeds through and wiggles around in your skull. The rampaging Noise Metal riff that accompanies the verse is headbanging perfection, while the drop of the guitars to the unrelenting screams of vocalist Al Bristow mid-track could actually be extended live to allow the audience to clap along. But here’s the thing. Weaponry are so much more than just a one trick pony and the Post-Hardcore haunt of the piano at the end adds a moment of Will Haven esq darkness that matches that of the lyrics; and when you’re starting with the roar of “I’m Dead!“, you’ve got our attention. A socially aware dissection that laments the way in which so many blindly follow influencers of all varieties like Zombies to the tune of the Pied Piper of Hameln’s tune, the lyrics are beautifully cryptic much like those of Every Time I Die vocalist Keith Buckley. What you see in the media, social or otherwise is only life in one dimension, it doesn’t tell the whole picture, so don’t believe the hype. So don’t blindly follow Weaponry, follow with purpose, get involved [8.5/10] 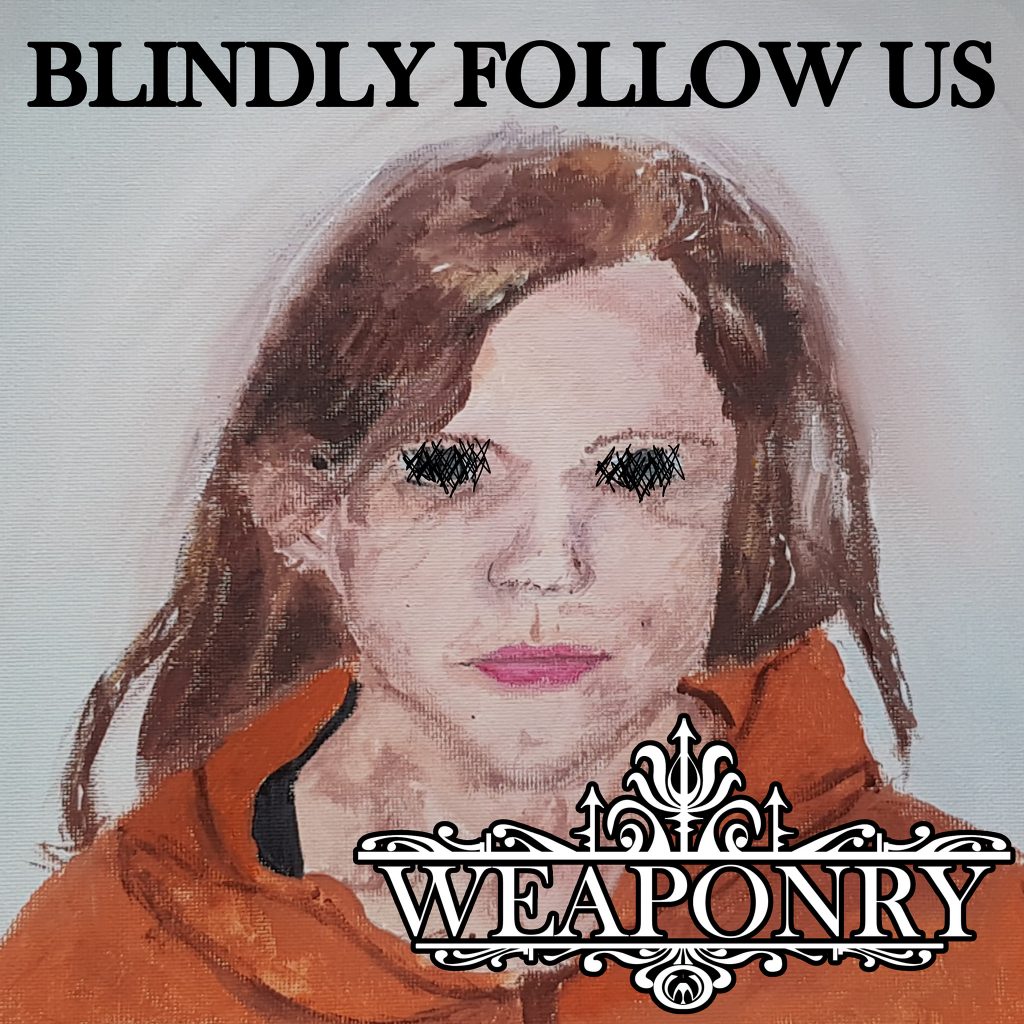