Filmed at the World famous Whisky A Go Go on the Sunset Strip in West Hollywood in November 2018, here are a pair of classics from Wednesday 13 that celebrate the past as well as the future as they both appear rebirthed on his recently released “Necrophaze: Antidote” EP. So without further ado, your creature double feature is the hilarious sing-a-long “Your Mother Sucks C***s In Hell” followed by the all time Hammer Horror classic “Screwdriver“. 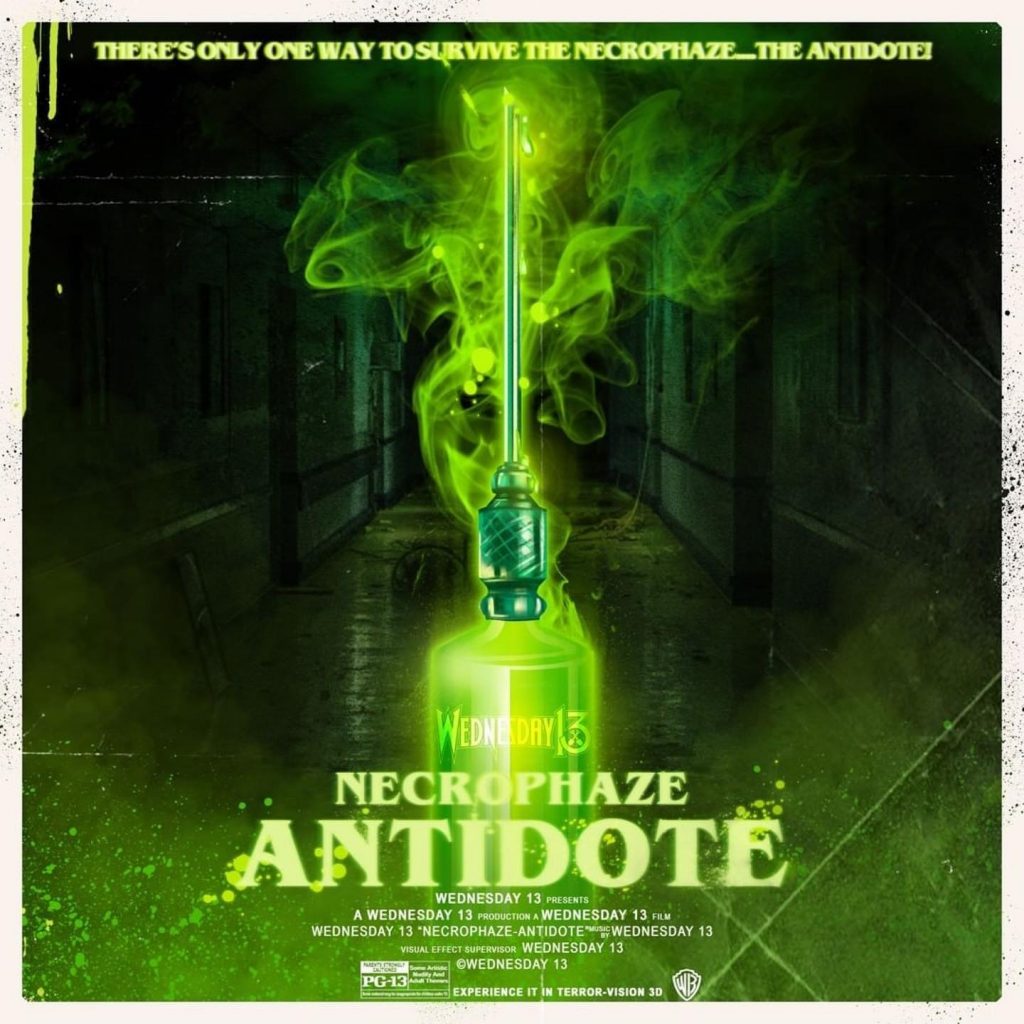