A third single from the upcoming album “Dead Nation” from Socially and Politically charged Rap Metallers Boom Dox has landed, perfectly timed to follow last weekends “Army Of The Dead” from Zack Snyder. Entitled “Zombie“, it comes with an amazing animated video by Christos Papoulios at Morph Design. The album itself features not one but two guest vocal appearances from Vincent Price of Grammy Award Winners Body Count on “Guns Blazing” and “Leave No Man Behind“ and will drop on 11th June. 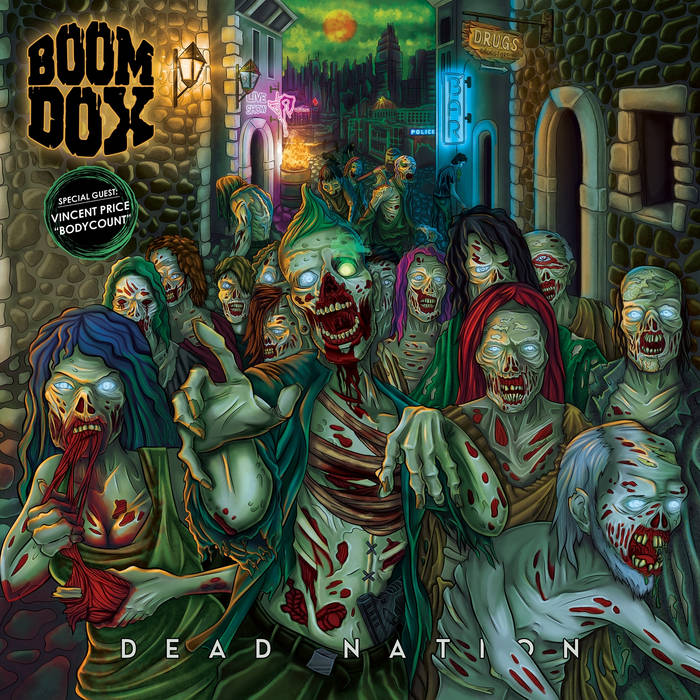