Skip to content
HomeReviewReview: “Journey Into Madness” by Curse of Eibon

Five months ago Swedish Melodic Death Metallers Curse of Eibon unveiled their EP “Book of Eibon“, the first work of a group of seasoned musicians in Fredrik Croona (Vocals, Lyrics, programming), Martin Antonsson (Guitar, mixing and mastering), Mathias Back (Bass) and Anders Ström (Drums) known for their work in Reek, Stone Brigade and Cynical Existence. Lyrically inspired by the occult and notably the works of Clark Ashton Smith and H.P. Lovecraft they have returned with a sophomore offering entitled “Journey Into Madness” that holds five more tales of death, dying and the deceased…

…the left hand path is very much the territory of Curse of Eibon which last time out found Cynical Existence vocalist Fredrik Croona in inspired storytelling form, the Gentleman sat in a smoking jacket in front of a roaring fire, cigar in one hand, crystal glass of single malt whiskey in the other, regaling tales of life in the shadows. An enthralling listen that set a high standard, “Journey Into Madness” continues that formula with a darker, grittier direction and less of the In Flames moments that the first had. Opening cut “Madness” is a simple spoken word introduction that sets the scene with JM Burr providing narration against a backdrop of synths but the real fun begins with “The Call” as Croona brings deathly growled vocals from beyond the void to accompany Antonsson’s the haunting leads. The quartet make good use of layering as the cut has two guitars interweaved to create the sound, the rhythmic mid-tempo chugging bringing that all important satisfying crunch for the head-bang. “Colors from Beyond” also features a spoken word part from Burr as Croona goes head to head with him to retell the tale of 1927 Lovecraft science fiction horror short story “The Colour Out of Space” in which a residents of a small town are subject to all manor of goings on from animals are driven mad and deformed into grotesque shapes, people going insane or dying one by one by poisoned crops and water supply. The result is incredibly well done, as is “Whispers in the Dark” which takes on Lovecraft’s 1930 novel of the same name, a dark and brooding tale of sinister menace accompanied by a suitably foreboding soundscape of Melodic Death Metal, the concept an enthralling and captivating one, very much thinking Mans Metal. There is atmosphere in abundance, what is lacking is one or two killer solos, another lead or a synth bridge to lift it just that little bit more [7/10] 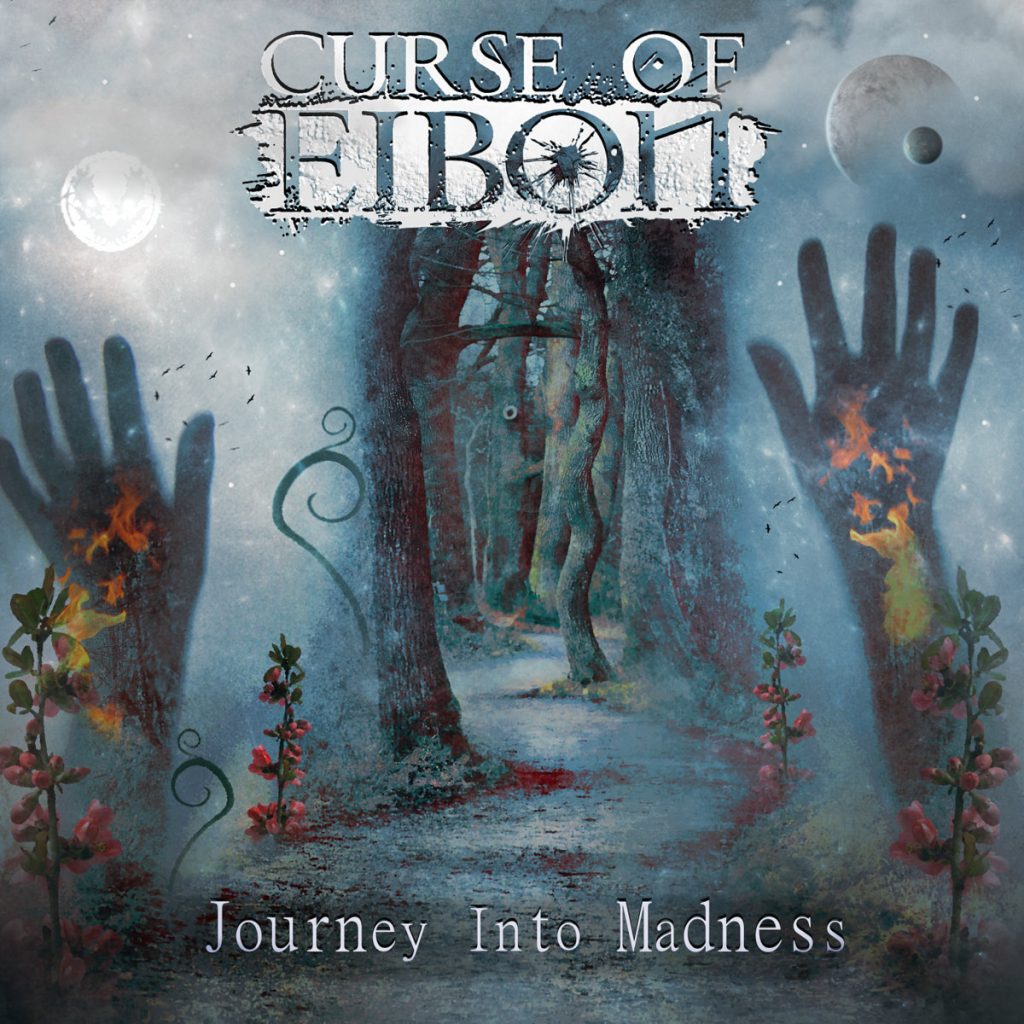