Inspired by the great Swedish Death Metal tradition of bands like Edge Of Sanity, At The Gates and Dark Tranquillity, German Melodic Death Metal quintet Empyreal Sorrow who comprise Sebastian Moser (Bass & Vocals), Markus Winter (Guitars), Martin Szeike (Vocals), Julian Osterried (Drums), Martin Hofbauer (Guitars) have forged a sound of their own by incorporating Black Metal atmospherics thanks to the shared vision of the song writing partnership of Hofbauer and Moser. Formed in Munich Germany in 2019, to have created an album together in such a short space of time is something impressive, having been arranged, recorded, mixed and mastered at Grotesque Studios, Bad Wörishofen.

As a whole there is a loose concept of devastation which runs through the record, the glue that thematically binds it together, either through thoughts of depression or drugs or  through senseless wars or blind belief in misleading god like figures. “Praey To Sorrow” makes for a haunting instrumental with icy synth touches that bring a sense of early career In Flames before the vicious little ditty that is “Thrown Into Fire“, which falls between Melodic Death Metal, Metalcore and Black Metal with touches of each forming a rich oil painting. Szeike’s vocals have a similar grating tone to what you’d expect from the later, particularly evident on “Source of (In)humanity“, a spitting, snarling, venomous rampage that spills scorn on the destructive egoism of false prophets. “The Error Code” makes a left field move an injects some clean vocals into a track that has some Black Metal spark and Melodic Death Metal groove that threatens to derail the train but instead manages to keep it on track with harmony that works in practice when it doesn’t on paper. Taking us on a journey to Hell “Come Down With Me” with some punchy chugging riffs and a instant melodic hook. The musicianship and craft is second to none, however the decision to stick to these dark melodies is a slightly mystifying one, they spend no time working in any gut punch heavy or shock factor moments for example.

First single “Quiet Depression” brings the mournful lead guitar work to the fore in a similar fashion to bands like Still Remains, the unclean intertwined vocals of Moser and Szeike layered up really well with their contrasting styles matched perfectly, one being higher pitched against the others low. This makes for a stand out on the album as a whole with the emotive qualities of the lyrics bleeding through into the performance, the German and English vocal parts are a nice touch. Speaking of an endless cycle of disillusionment “Scars of Old” is strangely reminiscent of German Metalcore mainstays Caliban with it’s almost gang chanted vocals which continue into “Voice Of Violence“. Both songs benefit from a more involved percussive performance and the staccato riff battery of the latter is an instantly headbangable moment. “Killing Silence” echoes the sentiment that silence isn’t golden when you’re keeping it inside and has more grunt than a female professional tennis match. A mid track melodic break that steps back up with blast beats before a final chorus is a little bit predictable but well crafted none the less. “A Night Without Armour” stands of from the pack because it has some Gothic overtones with a clean, female vocal layer sat behind the unclean savagery. That use of harmony plays with the haunting script of the lyrics of a tomb of lust and pain. Riff breaks that allow the bass guitar to bleed through are nicely worked the chorus brings that sing-a-long quality that is occasionally lacking elsewhere [7/10] 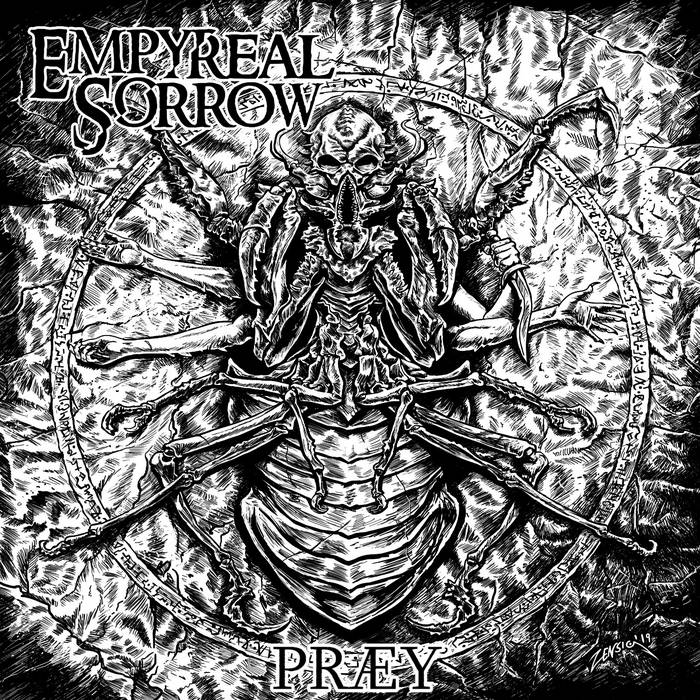