Two years after the release of their debut EP “To Hell Tonight” which saw them share stages with the likes of A Pale Horse Named Death, As the Structure Fails and The Northern, the return of Ottawa Canadians Sinful Ways sees the departure of one of its founder members in guitarist and vocalist Andres Pierce with their new EP “Darkest Days” seeing the band joined by Frank Lahache (Guitar, Vocals) in his place. Rounded out by the usual suspects of Brad Lake (Bass, Vocals), Dave Matlak (Drums, Backing Vocals) and Georgio Karapanos (Guitar), the band made their reputation of playing each live show as if it were their last, with energy and attitude, have chosen to share their anger towards failing governments and the treatment of people in the the most deprived corners of the globe for this dark new dawn. Produced and Mixed by Cameron Dunn (Strei, Holly Acres, Fractures and Outlines) at Hillside Audio, mastered by Scott Middleton (Cancer Bats, Sugar Horse, Hidden Mothers) and adorned by cover artwork from Nik Paquin…

…as the crows kraa an arty spoken word sets the tone as “Welcome” bursts into “Vow of the Devil“, a classic Trivium esq all out riff attack that blends elements of Thrash, Groove and Metalcore into one homogeneous seething beast accompanied by a scathing vocal attack encased in a classic Thrash bark at very much acts as a wake up call before “Bury The Hatchet” comes in swinging like a wrecking ball. The band made the statement that they had worked at their instruments while unable to play shows and in the second offering that time spent comes into its own with dedication to their craft and attention to detail shining like a lighthouse beacon over stormy waters. Slick transitions with some bright leads in the guitar work are immense while the crossing of clean and unclean vocals is perfectly balanced as the galloping percussion drags us kicking and screaming along for the ride. Cameron Dunn deserves a lot of credit because his mixing is on point, everything sound both huge and crisp and clean while the air raid sirens of “Manhattan” are a great addition to a pile driver of a cut from a band that delivers a captivating performance throughout with a contagious sound, solid compositions and clear desire to create something that sounds great. In “Pursuit” the band deliver the kind of finale that you might expect; a longer cut with more leads and a face melter of a mid track solo; a sing-a-long chorus and plenty of staccato punch with the breakdown section out of that lead being a stone cold winner. The in crowd better watch their backs, Sinful Ways are on the rise, swords held aloft ready for the kill… [8/10]

1. Welcome/Vow of the Devil
2. Bury the Hatchet
3. Manhattan
4. Pursuit 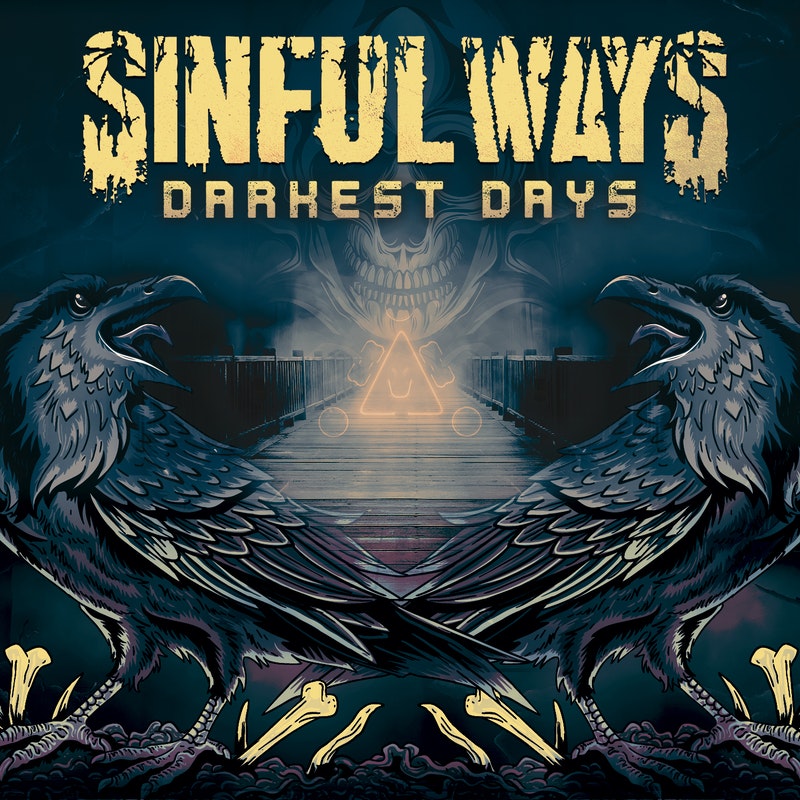