“The writing and recording of this EP were pretty chaotic and we think it comes through in the music. We had some member changes that forced us to reinvent our sound and move away from our previous release (2019’s “Pathos”). We finished tracking drums right before the first wave of covid hit Canada so we had to learn to track the rest of the album from home. There’s a good mix of aggression and melody both within the songs and from one to another. We recorded the drums and re-amped the strings at Apartment 2 recording (Topon Das – F*** The Facts). We then finished tracking the vocals ourselves, then passed everything over to Reverence Audio for mixing. We then moved everything back to Apartment 2 for mastering” ~ Eclipser

Recorded and Mastered at Apartment 2 Recording by Topon Das (F*** The Facts) and Mixed at Reverence Audio by Mike Raymond, “Pages” by Ottawa Canadian residents Eclipse has been something of a mammoth undertaking. The band were originally formed by Ryan Menard (Guitar, Vocals) and Christopher Joyal (Drums) in 2017 and the line up changes which they speak of have seen Christian Beaupre (Guitar) and Sebastien Choquette (Bass) join them for it. If the cover artwork created by Misanthropic-Art doesn’t give it away, the band primarily live in a the World of Black Metal however, their cryptic writings also offer elements of Death Metal and even Grindcore as they spew forth their burnt offerings. A barbed sonic thunderbolt, the title track may not be the spitting, snarling, screeching entity that is Brendan Auld’s Snorlax but the two do have something sonically in common as Eclipse send forth a plague of pulverizing rhythmic battery that is simply breathtakingly relentless. That is accompanied by the dark clouds of Menard’s lyrics as the band paint the World not from white to grey but from blue to black, like a venomous snake coiling around your throat and choking the very life out of you. Each cut has a foreboding sense of impending doom but there are one of two chinks if light that break through those dark clouds, the leads of “Carry Your Burden” being particularly vibrant in the context of the darkness or the face melting solo of “To Never Wake Again” which is simply immense. The vocals might not be what you expect from a release sonically like this; Menard barks and bites with harsh uncleans that are clear; there are no banshee wails of deathly growls during any of these harrowing tales and that makes Eclipser an almost unique offering in the genre [7/10] 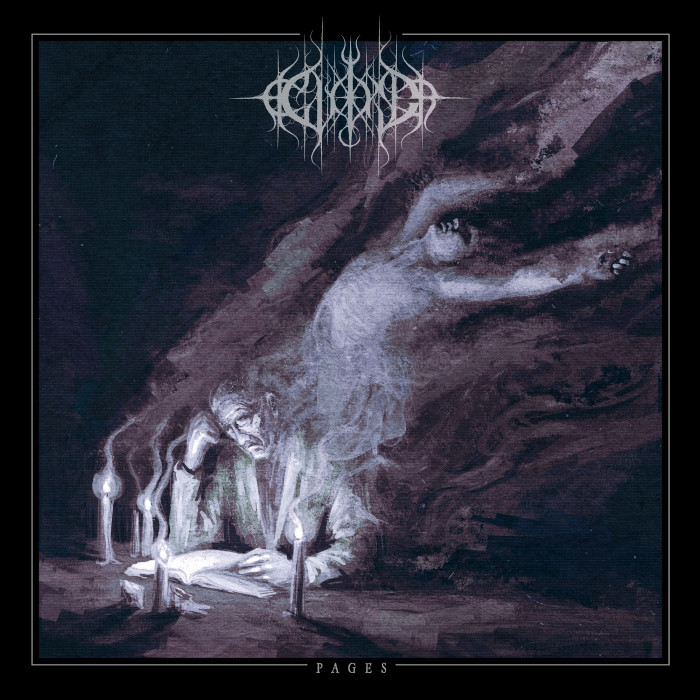