Skip to content
HomeReviewReview: “Where Is Your God” by Vakora

Reading Berkshire residents Bernardo Graca (vocals), Nathan Jasiewicz (lead guitar), Reuben Sharp (rhythm guitar), Ben Campion-Bye (bass) and Matthew Parnell (drums) collectively form the Frankenstein’s Monster that is Vakora. Blending Beatdown Hardcore with Deathcore they did the hard yards as a live band before committing any of their material to tape having formed towards the tail end of 2017 but not dropping their debut EP until October 2019. No doubt some of their material fell by the wayside or got reworked before “Where Is Your God“, produced and mixed by Adam Cox landed, with debut 2018 single “Infirmity” being cut adrift as standalone. The EP was something we missed at the time, but subsequent single “Forgiveness” caught our attention so with that we figured it was time to go back and check this out.

Ushering the headbangers to the Mosh pit with two step riffs, fist pumping gang chants and Metallic Hardcore breakdowns, “Berkshire Brutality” is an ode to the home country Vakora hail from, their version of “Mama I’m Coming Home” by Ozzy Osbourne, if it was a song about Ozzy coming home with murderous intent, a sawn of shotgun and loaded with breakdowns if you will. Switching up into an early 2000’s era Metalcore sound with rich leads overlaying nicely “Liberating Hatred” has the twist of the knife of a Deathcore roar from Graca during a final stomping breakdown. The Metalcore guitar sound continues in “Where Is God Now?” while making time for a mid track slide into downtempo for another blood curdling roar from Graca. As a vocalist he has a distinctive Death Metal tone quality to his voice and the band are happy to play to his strengths on this, offering plenty of tempo shifts to allow him to show off his vocal range. An Emmure influence on “Empty Cross” with its dissonant, haunting lead mid tempo chugging Deathcore riffs is a nice touch with variety being the spice of life as it burns into the second half, scolding your ear drums. The aggression shows no sign of letting up with fans favourite “Ugly Song“, a headbangers delight with staccato riffs before going full Betrayer downtempo Deathcore and a séance summoning moment that is pure evil and great fun [7/10] 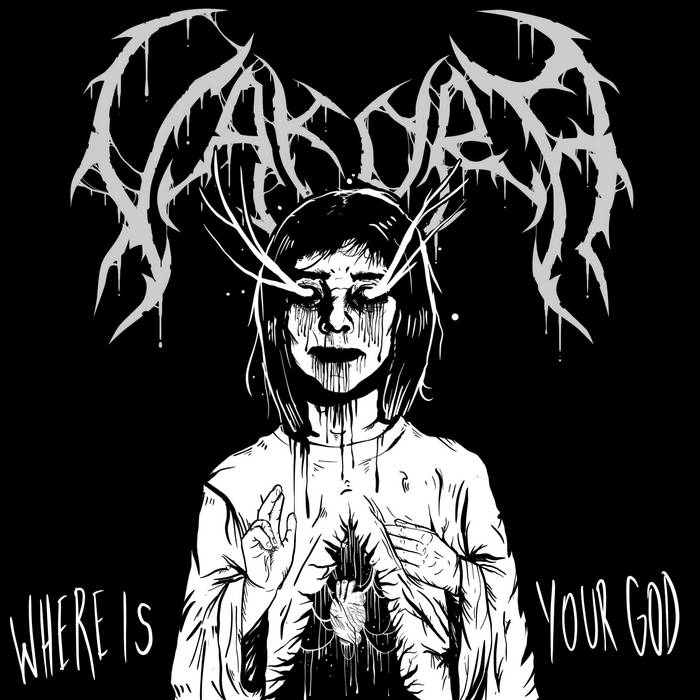