Forged in the fires of a Romanian summer in Comanesti, Bacău County in 2019, Black Metal trio Grohot chose the title of their debut EP “Creatio ex Nihilo” which translates from Latin “Creation from nothing” and represents the aesthetics of their project which tells of myths and symbols from both Romanian folklore and Universal Culture. The title is a reference to the creative process behind the material as guitarist Apostoliu Robert, bassist, audio editor and drum programmer Răzvan Gabor and vocalist Andone Bogdan started with limited equipment at their disposal in an apartment room…

…despite those humble yet familiar beginnings Grohot have created in “Creatio ex Nihilo” a foreboding, dark and brooding piece of high energy Black Metal with hints of Thrash Metal influences. While some cuts take the left hand path of the Blackened Thrash approach often followed by bands like Dizastra but only in the riff department, the majority of this is Black Metal pure and unadulterated. “II Separatio” is a severe tongue lashing from Bogdan, his vocals throughout those of a demon summoned from the gates of hell by witch, throat splittingly savage like the wail of the banshee. Those are coupled with tremolo riffs and blast beat sections between Thrash based bridges, giving the combination of chest bursting incendiary moments as the track stops and starts. By the time “Djin” hits with its more melodic, mournful and extended instrumental passages, you are more aware of the programmed drumming as it gives it a more primitive almost flat sound in places, more noticeable on the cymbal crashes than the galloping double bass and oddly reminiscent of those which appear on “City” by Strapping Young Lad. Unless you’re a purist then its not an issue, although they may wish to get someone on board to satisfy the naysayers; given the equipment at hand this is still a reasonably polished EP and certainly doesn’t sound like a demo. The title track “Creatio ex Nihilo” is the stand out, a symmetry in black that wages war on your soul as it crawls from the black depths, dragging its rotting carcass towards your inevitable bone shattering demise, all Black Metal in its finest uncompromising form. “Noaptea Moroiului” (or “Moroiului Night“) is more drawn out, an extended pummelling that feels like you’re going ten rounds with a bare knuckle boxing champion and loving every moment, the elongated roar of Bogdan in the final moments, the lighting strike amid the swirling thunder of the storm. The combination of dark melodies underlying the raw and abrasive sounds of “Negru Voievod” (or “Black Void“) works incredibly well and you can’t help but wonder at what marvels this trio could conjure given the right opportunity [7/10] 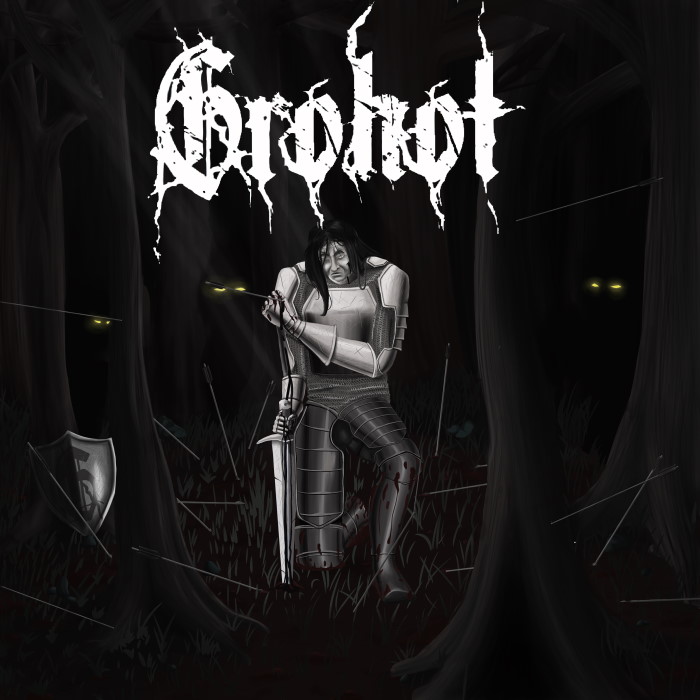