Originally released digitally back in May, on 30th July Spirit Coffin Publishing will be releasing the debut EP from Tokyo, Japan based sci-fi Thrash Metal act Mariner on limited edition cassette tape. Entitled “Devastating Synergy” it features cover artwork from the legendary Andrei Bouzikov (Municipal Waste, Skeletonwitch, High On Fire) as well as having been mastered from Damien Herring (Cryptic Shift, Demiser, Ripped To Shreds) at Subterranean Watchtower Studio as the band look to make an entrance with the tracks they recorded and mixed at VoidLab Studio in their native Tokyo…

…and with the pair of intricately pieced together cuts they do exactly that as “Proclamation” takes us on a journey of twisted Prog-Melodicism with Thrash breaks that harks back to the 80’s with rose tinted glasses and nostalgia but also has a real influence from the master of Death that was the much missed Chuck Schuldiner. Energetically paced it benefits from having a huge bass sound that slaps hard throughout the mix while the Jazz Metal influences bleed through thanks to a sympathetic mix. We’ve seen the band tagged as being Death-Thrash in places and while there are similarities to some of the risks taken in the recent At The Gates record for example, this definitely isn’t going to have you waking up screaming. Instead, its intricate nuances and Art Metal feel is more like Power Trip getting into bed with Imperial Triumphant and spawning something of pure Metal defiance. Lyrically is where the Science Fiction aspect comes in and the barked vocal approach which can be a little strained at times means that having the lyrics on hand is only a good thing but musically, this hybrid of modern prowess and old school vibes live very well side by side with a strange addictive quality. You might not get it the first time, but this Science Fiction B-Movie entrance of a release will have you back for more until you do, it is the kind of material that will quickly establish a cult following [7/10]

1. Proclamation
2. A You Eclipse

“Devastating Synergy” by Mariner is out in limited edition cassette on 30th July here and available over at bandcamp digitally. 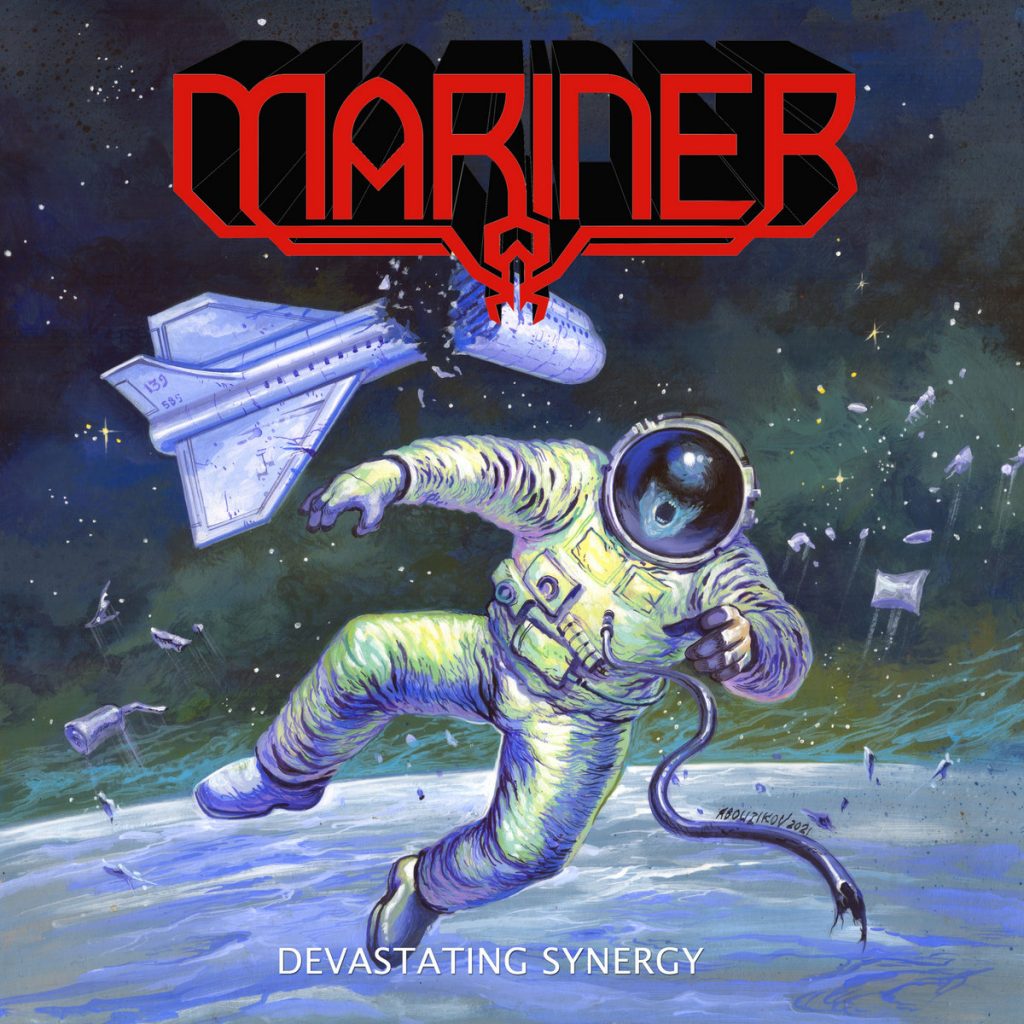