Last summer saw Calgary Alberta Canada’s Mace cut down their ambitions for a 7 track long player of Metallic Hardcore laced with Deathcore, Beatdown and Slam influences and instead unveil “Paranoia“, consisting of five blistering tracks including “Narcissist” that features a guest vocal appearance from Jesse Bartlet of Infidus. Eight months on and in the absence of shows or touring vocalist Max August, guitarist duo Brock Brown and Mack Shaw alongside rhythm section of bassist Rylie Clare and drummer Colton Sobey have gone back into the studio and recorded once again with Scott Oliphant from Colossus Audio Productions (Infidus) at his home studio, where he produced and mixed “Suffocating“, this time handing mastering over to Taylor Gormley…

…continuing their love for an atmosphere building film sample intro “Expire” kicks things off with that feeling of paranoia that you might get when walking through a dark alleyway in the small hours, you hear a noise, s*** your pants and run only to realise later that it was just a neighbourhood cat rummaging in the bins. This one hits hard with staccato riffage sandwiched between tension building squeals, pummelling percussive battery delivering the kind of free flowing loose and almost live sounding rumblings that really hit the mark and the plentiful tempo shifts and oppressive moments of weighty crush are a bountiful treasure chest. So much more than just Metallic Hardcore, each cut has something new and different in it as Mace borrow from other sub-genres with complete freedom, Downtempo slow burn, Slam squeals, scalding uncleans and blast beats are all here, used sparingly so as to make each punch with them that much more forceful. “No Longer Real” has some haunting buried lead moments that you might miss on the first few spins because you’re too busy slamming bodies around to notice during the spine juddering breakdown parts. As with “Paranoia” there are also some Nu-Metal moments here and title track “Suffocating” has them inside some gargantuan riffs that plough through you like a bulldozer through freshly fallen snow. The distorted spoken word part might not be the best but again there is so much else going on to enjoy here, you’d be insane to miss this one [8/10]

“Suffocating” by Mace is out now and available over at bandcamp 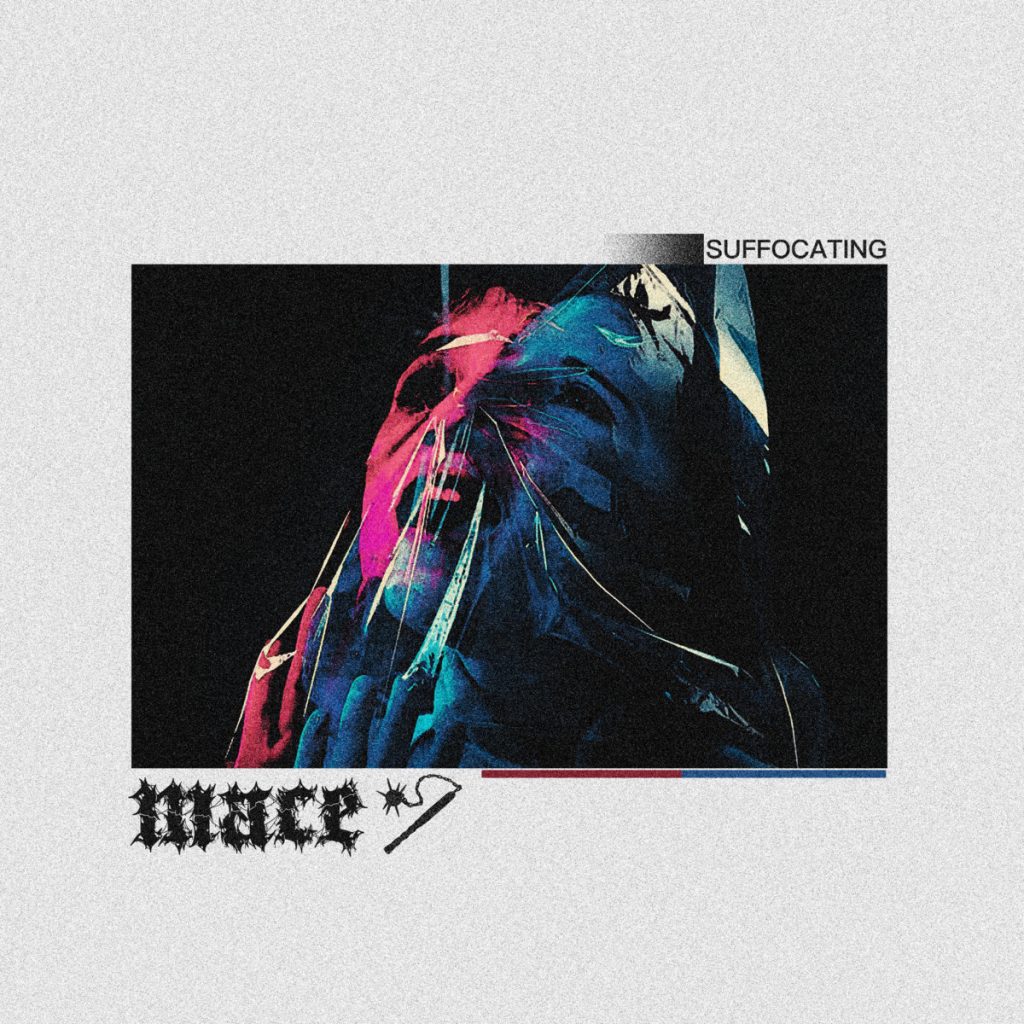