Skip to content
HomeReviewReview: “In The Absence of Fear” by Threering

Close to 10 months after their last album the partnership that is drum.er Phillip Howell alongside guitarist and vocalist Adam Doxtater which forms Las Vegas Nevada duo Threering have returned, not only with a new record but also finding time to take a detour with a stand alone single entitled “Pneumothorax“, which appeared in August. We’ve been following them since their fourth studio record “Dark Tranquillity” and their last outing, a beautiful tragedy called “My Last Words” they offered something of a concept release that stepped partially away from their roots that usually find them writing in the space between Hard Rock and Metal. While there have been numerous teaser snippets for songs from “In The Absence of Fear” there have been no full tracks prior to the release which is an unusual move for most bands but perhaps Threering want us to experience the album as a whole entity…

… Returning to more of the sound we heard from 2018’s “Dark Tranquillity” with opening cut “No One Here Gets Out Alive” makes for an energetic start with slick pre-Thrash riffs from Doxtater and plenty of catchy sing-a-long vocals that get into your head. While 2019’s “My Last Words” was centered around melody and has some exquisite piano passages on it, it becomes apparent from mid way through second track “Sew Up Our Eyes” that this is a very different beast and that sentiment is cemented by a segment of drumming from Howell that echoes “Disposable Heroes” by Metallica in structure. It is that much more direct. Similarly “Know When to Burn” has a wealth of jack hammer double kick footwork from the drums in the final third, which is not something we’d expect from Threering but really delivers against the melodic vocal passages, creating an impressive balance. When it comes to prolific writing the thing that impresses about Howell and Doxtater’s music is the sheer quality of it. None of it is rushed or half baked or anything even remotely like that. Somehow they have found the formula to be able to create a music that sounds polished and effortless within a short space of time and that is testament to their musicianship and craft as writers. “Black Hate Crown” takes the opportunity to experiment with odd time signatures during the verse, not something we’ve heard from Threering before and yet it works incredibly well while not departing too far from the bands signature style. A nuance that gives more over repeated listens its those type of moments that really impress when they come up, not only well thought out, but very well executed within the confines of the track itself…

…Changing gear from the apocalyptical lyrical themes of the previous song “I Am No Angel” is far more personal cut which is refreshing because often bands fall into the trap of doing one or the other. Musically, it’s another barn storming affair with more riffs than you can shake a stick at with all the style and panache you could ask for. Flipping the script back upon it’s head “Isolation” then brings back the bleaker lyrics while also having some icy piano moments buried in the mix but it is the heavier guitar parts that make for a strong offering, proving you can have your cake and eat it. The brooding “Burning Bridges” makes for a half way house between the two previous tracks and intriguingly not one that appeared on the early track listing for the album but it’s the face melter of a solo after a spoken word sample on “To the Sky” that steals the show. Flamboyant leads are Doxtater’s stock in trade but this one is jaw dropping. An anthem for the overworked and under paid “We’re All for Sale” has that arena filling quality while also finding the time for a surprise mid song breakdown before a melodic slow burn phoenix rise back to the full on adrenaline rush of another brilliant solo. There is no momentary lapse in quality on this record and the result is spellbinding, even closer “King of the Worms” lyrical introspection and somber nature is matched by unrivaled musical quality [8.5/10]

“In The Absence of Fear” by Threering will be released on 30th October 2020 with pre-orders available on Amazon and iTunes. 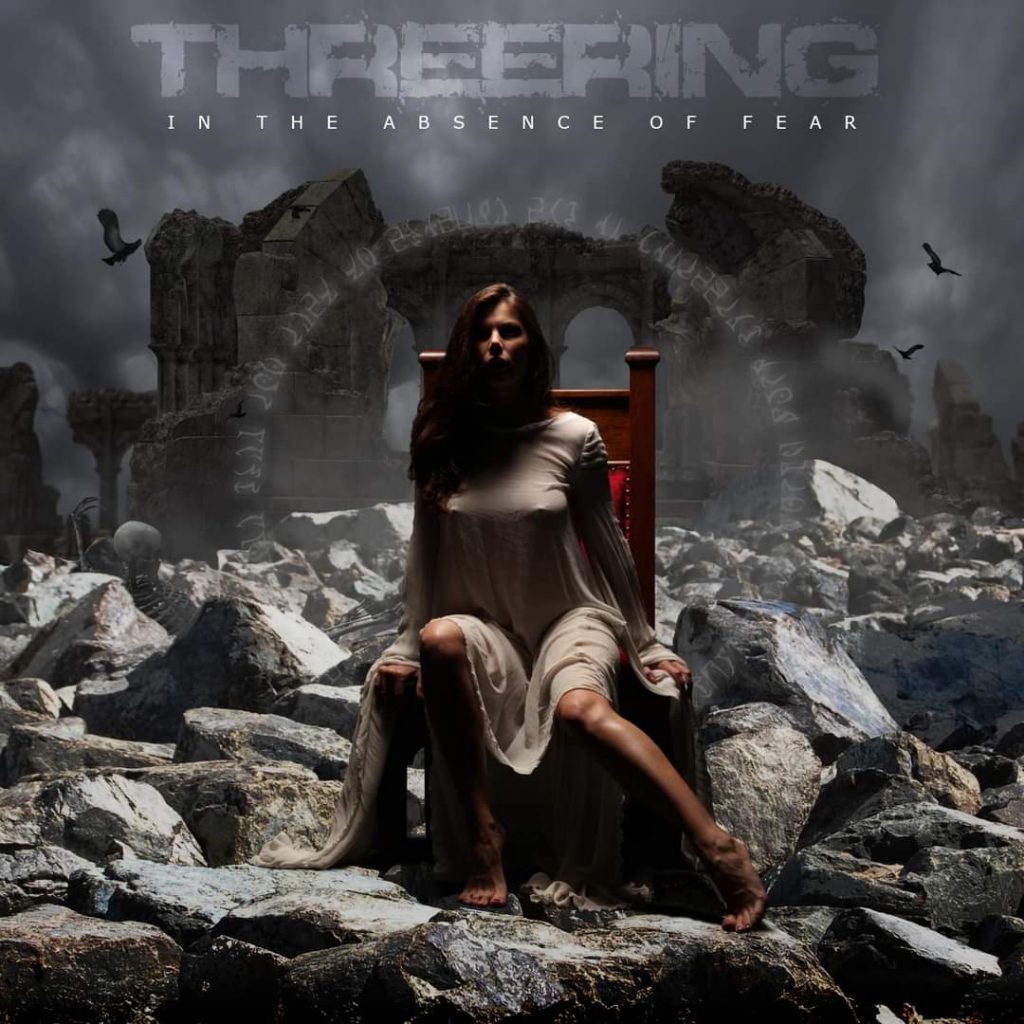 Tags:Dark Tranquillity, In The Absence Of Fear, Metallica, My Last Words, Threering