Continuing where 2020’s “The Ultimate Multiverse“ left off like it was just yesterday, critically acclaimed Polish multi instrumentalist Rafał Bowman was joined by American vocalist KC Lyon for “The Silver Lining Between the Stars”, the latest offering from the project Chaos Over Cosmos. Founded in 2017 the project has created Cosmos themed Progressive Metal with Electronic and Melodic Technical Death Metal touches to create something to challenge both the listener and the musician to reach new heights. We were lucky enough to be able to ask Rafał Bowman a few questions about the project and this is what he had to say…

How have you found the reaction to  “The Silver Lining Between the Stars” so far? “It’s really good! In general I prefer the technical approach we took on the last two albums. Most importantly – KC and I like what we recorded. So the reception is similar to that of the previous album or even a little better, which I’m glad about”

What brought about Joshua Ratcliff’s absence from the new record? Were there any demos or work in progress completed with Ratcliff that might see the light of day in the future? “Vocals are always the last element of a recording, so there were no demos with his vocals. He had no time to record and that’s the main reason of his absence. I think of it as an opportunity to refresh the vocal style for new record”

How did the guest vocal appearance from Keaton Lyon on “The Sins Between the Stars” come about? Have you ever considered working on an album that follows the path of say Niklas Runstad’s Progressive Tech-Metal project Aristic, whereby you have a different guest vocalist on each track? Are there any other musicians that you would like to work with? “It was KC’s idea, he wrote a song that was a metaphor for destructive relation between close people and the impossibility of fixing them. He based it on a story from Native Americans folklore, where man kills his brother afterwards becomes an evil spirit called Wendingo. We both felt that the participation of a real brother in a song  with such a theme added a nice touch of irony to the whole thing. Keaton provided some really nice deep growls in this song. As for the Niklas Runstad’s project – I haven’t heard it, but from what you said it sounds cool and I’ll check it out. But for  I don’t see it for my music. Guest contributions are fine, but I don’t feel doing a whole album that way, especially since KC did a great job and there’s no point in looking for other people. And from my own experience, finishing project with many different singers would be tough to control. so that it would take eight years to finish an album or something”

Aside from Science Fiction, what else inspires your cryptic writings? “For me it’s cosmos-related in general, not only about science-fiction. I’m a big fan of cosmology and I find those subjects where science meets philosophy the most interesting ones. Cosmology raises very fundamental questions that I don’t feel I know the answers to. It’s inspiring, even if very often I don’t fully understand these theories. Other artists and aesthetics related to cyberpunk, retrowave and so on are also inspiring. That’s for my music. KC is inspired by many other things in his lyrics, from world events to psychological issues and relationships”

Having formed a partnership with each album, have you ever had the desire to play any of the material live and seek out other musicians to do so? “Yes and no. From time to time would like to do it live but this would require many arrangements – I’d need to a lot of people on the scene to play all these tracks that are recorded on the album. So ultimately I prefer to focus on writing new music. But playing live – it’s tempting sometimes”

Five records in four years for Chaos Over Cosmos is impressive by anyone’s standards. What’s next for the project? “Since “The Ultimate Multiverse” is made up of the contents of two EPs after small modifications, I’d say it’s three records – which is probably still a lot. If you don’t have to focus on the aforementioned matters of playing live, creating new music comes a lot faster. What’s next? Definitely a new album – It is quite possible that it will come out in 2022″ 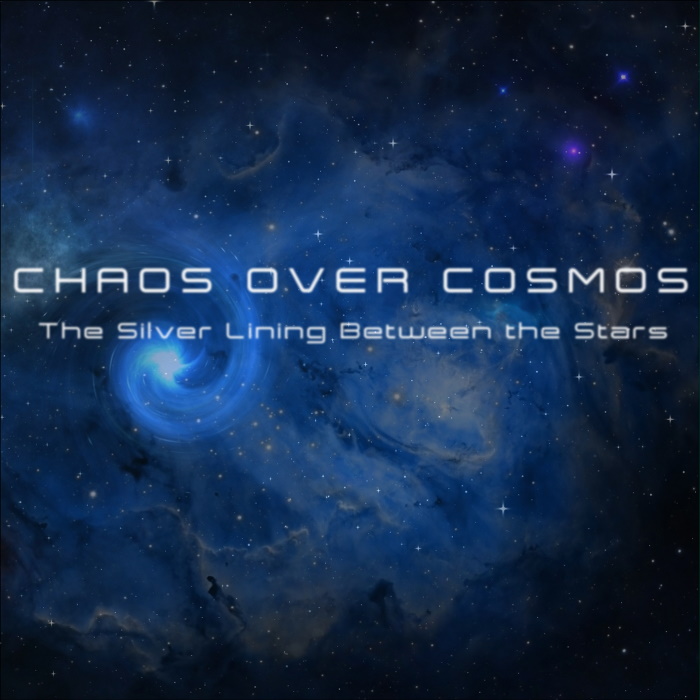 Tags:Chaos Over Cosmos, The Silver Lining Between the Stars