Skip to content
HomeReviewReview: “Fight For Us” by Ophelia’s Eye

There is a fine line between Melodic Death Metal and the Metalcore era of 2003 which was largely influenced by the Gothenburg sound created by In Flames, Dark Tranquillity and At The Gates, the pioneers of the genre. Swiss Melodic Death Metallers Ophelia’s Eye take influence from bands on both sides of that great divide, citing As I Lay Dying, Killswitch Engage and Arch Enemy as having had an input on their style, something that they’re simply calling Modern Metal. The initial roots and previous incarnations of the band itself can be traced back more than a few years, having previously released music under the names Project Penny and Red Fire Dragon, but it was the past year that saw then not only solidify their line up which now consists of Michel Egloff-Sieber (Vocals), Remo Lemp (Lead Guitar), Corinne Ryter (Rhythm Guitar), Marco Schweizer (Drums) and Sandro Suter (Bass) but also refine their sound…

…Their debut EP may only be just over 11 minutes long but it certainly acts as an appetizer to whet the appetite for what is to come with high production value and a professional mix and master that serves to enhance the skills that the band put on show across these three cuts. Egloff-Sieber brings the house down with a brutal roar during title track and opener “Fight For Us“, a vicious little ditty that packs both punchy riffs and melodic leads that evoke memories of “The Crimson” era Atreyu but with more fire thanks the lack of any clean vocals. That comparison also rings true with “Speak Words Of Destruction” which brings a real swagger and a face melting solo to the table while Egloff-Sieber tells a captivating tale over a song front loaded with plenty of riffs to snap your neck to. There is a grit and integrity to both the lyrics and vocals that can’t be put on, the intensity with which they are delivered brings home the emotions with which they are felt. A cut named after a band or vice versa is always something of a curiosity and with “Ophelia’s Eye” the band build of some atmospheric harmonies that are a little more progressive in nature before bringing the hammer down. The name of the band actually comes from the novel “The Sandman” by E.T.A Hoffmann, the character in the book being Olimpia. The end result is something packed with thunderous percussion and powerful rhythmic groove that has the instant hook of familiarity while also providing plenty of to shout about in its own right. Ophelia’s Eye should be soaring like a phoenix with their next offering and there should be more than a few major labels knocking on their door to the sound of this [7/10]

1. Fight For US
2. Speak Words Of Destruction
3. Ophelia’s Eye 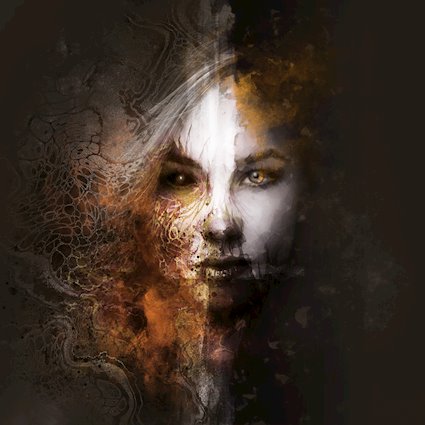 Tags:Fight For Us, Ophelia's Eye