Produced, recorded, mixed and mastered in-house by Headwreck guitarist and vocalist Jamo Benadie, ‘Glamorise Demise’ is something of a concept EP that takes a journey through the stages of initial symptoms, false diagnosis and then dealing with the dissociative disorder of  Depersonalization and Derealization suffered by vocalist Connor Hickman. They are joined by drummer Colby Horton and bassist Callen Batson with the quartet hailing from Brisbane Australia, a notorious hotbed for Metal…

…there is no doubting the raw nature of the subject matter of at the heart of “Glamorise Demise” that makes it a brave undertaking from the outset and the coupling of the soaring melodic clean vocals of “Empty Space” with some savage uncleans gives everything a weight and gravity that is awe inspiring. Sonically the band live in similar territory to “Alien” era Northlane with DJent guitar work within a wrap of electronics that creates a really desence soundscape however the curious thing is that Headwreck break out of that at various points with Emo and even Post Hardcore sensibilities almost at will with some cleverly constructed songs. The opening of “The End Of The Suite” is a fine example as it lives in an almost entirely different space from the first few cuts with deeper raw emotional quality while still having solid Alternative Metal riffs with the soaring clean vocal parts that oozes class despite the obvious pain. There is a bravely in stepping outside of the comfort zone and doing something for the sake of creating a great song rather than sticking to the genre lines for all of your material and that risk pays off in spades before a return to the core sound of the band with “Nicotine” where again the combination of the clean and unclean vocals is incredible against the solid DJent fueled guitars [7.5/10]

“Glamorise Demise” by Headwreck is out 19th November 2021 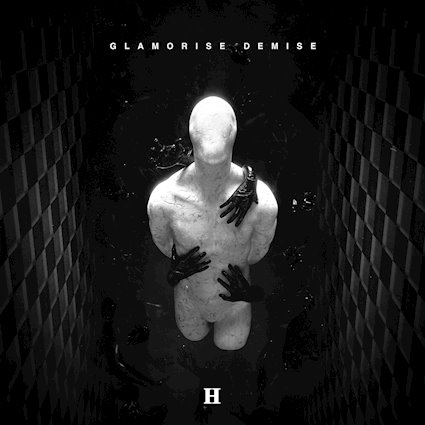