Skip to content
HomeReviewReview: “System Of Division” by As Light Decays

A quartet hailing from the foothills of Perth in Western Australia, As Light Decays spent two years in a dank basement hole formulating their plans for World domination after their conception in late 2017 before the stars aligned for them and they began to roll out their tanks in the form of a trio of singles. With influences ranging from Sepultura to Sylosis and choosing to blend Thrash and Groove Metal with strong and often violent lyrical content, tried and tested during 35 shows since their 2019 live debut, the witching hour is finally upon us. Their debut album, eight tracks sandblasted, repaired an polished to a shine have been brought to the table of the Metal Gods in the form of “System Of Division“…

Those three aforementioned singles “Mordrake“, “Dissent From Above” and “Chaos In Order” form a solid spine for the album with the first of those being the kind of opening cut that makes you think the band are going to explode into another song at some point along the line, in this case “F***ing Hostile” by Pantera. There is something about the  combination of the solid Groove Metal riff and the vocal styling which is very reminiscent of 90’s bands from Texas like Pissing Razors and just gives off that vibe. Spoken word samples are brought into play with “Mercy Kill” which has a really satisfying chug to the riffs in the verse while some the gang chant moments will have fans punching the air and shouting along but while solo to close is a nice touch, but there is a little bit of fat on this one to be trimmed off, perhaps a verse or chorus too much. “The Blame Game” then has a kind of rap scream vocal part to it which is equally bathed in nostalgia while being politically and socially aware. It feels like something of a risk, an experiment that works over multiple listens but that some might find a little cringe worthy on the first spin. Fortunately there is no need for vocal experimentation for “Chaos In Order” which instead has some sharper and groovier riffs to offer as well as a couple of tasteful breakdowns however there is the sense that something is missing on some of these tracks, especially the earlier ones, a solo or a gut punch moment that doesn’t quite happen. That is also coupled with the feeling that these songs are perhaps being played ten percent faster in the live arena the extra energy of which would make a real difference here. It’s borne out in “The Torrents Fall” and to a lesser extent “Dissent From Above” which picks up the pace and adds some additional lead moments that makes them both stand out that much more. As a debut album, this is a decent prospect full of promise and is a fine foundation [6.5/10]

“System Of Division” by As Light Decays is out now and maybe available over at bandcamp. 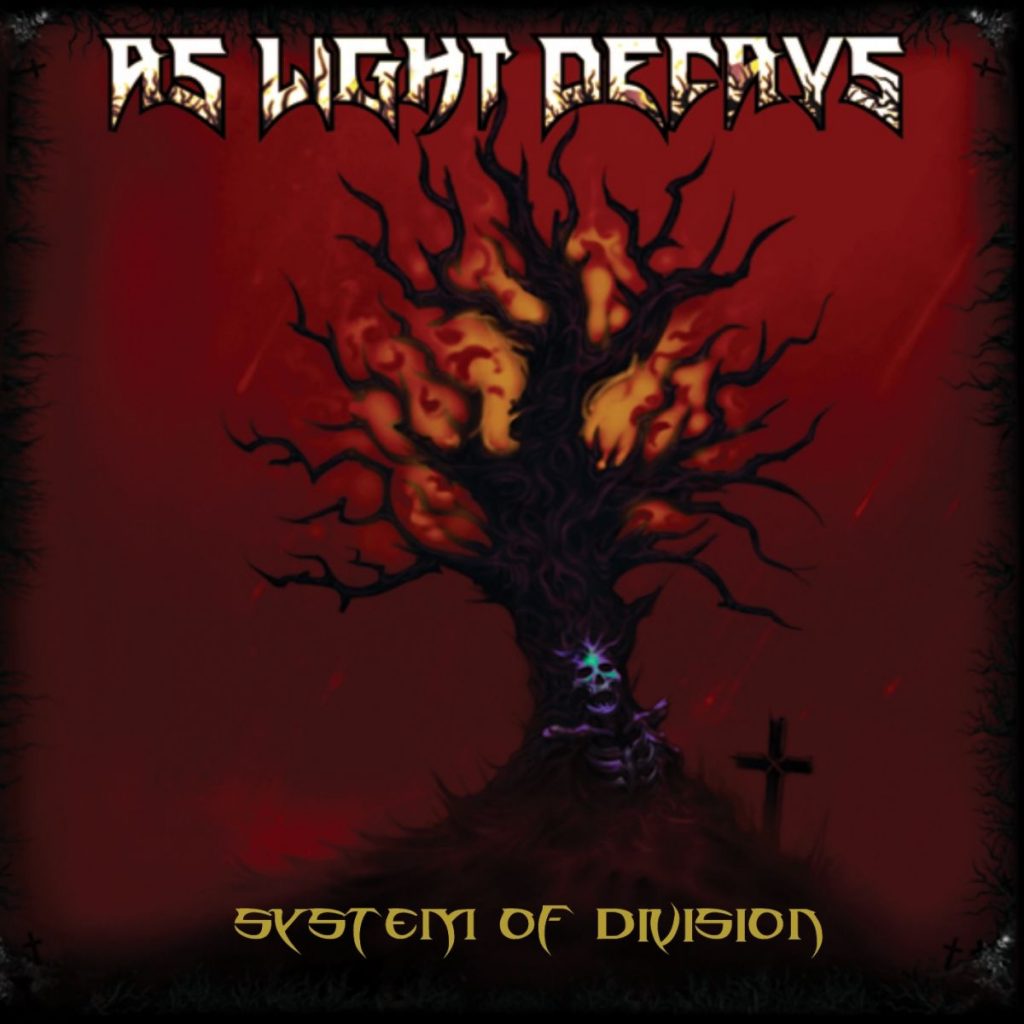