Putting right one of the many wrongs of this World are Vile Tapes who have taken matters into their own hands to do a physical release for “Summary Execution” by Washington state Brutal Slamming Death Metallers Bludgeoned. The story goes that front man Jonathan Huber (I Declare War, Pathology, Whitechapel) and guitarist Sean May (Covidectomy) found their ideal skin hammerer in Connecticut teenage YouTube sensation Nikhil Talwalkar (Anal Stabwound, Engulfed In Repugnance) after witnessing him in action. For those not in the know, Talwalkar is famed for having recorded a drum cover of ‘Suttee’ by Defeated Sanity aged just 15, which the bands own Lille Gruber himself described as “AMAZING!”.  Together the formidable trio have recorded the obscenely heavy debut EP originally released digitally on 26th November 2021, the physical editions will appear on 10th February 2022 with pre-orders available here 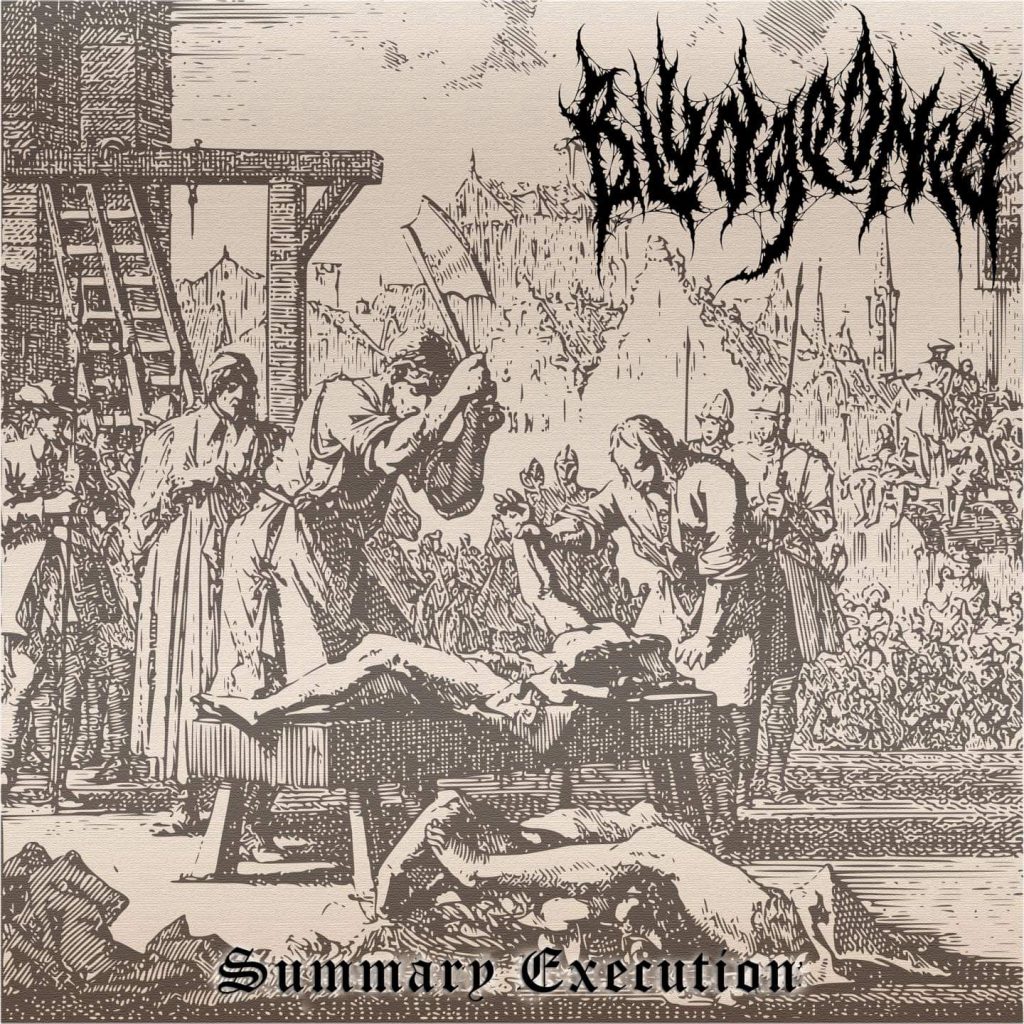