…Ilium immediately pick up where 2020’s “Cacinogeist” album left off as if they hadn’t left the studio, let alone missed a beat with obvious comparisons to Nevada’s Threering in their blistering combinations that bring together elements from multiple styles of Metal in performing their alchemy. Lord Tim brings tales of fantasy in traditional Power Metal fashion, his rich clean vocals having that sing-a-long quality and his clever use of pitching keeping things fresh, “Undergods” being a radio anthem that could fill arenas with its high chorus. Mastermind Hodges is an exceptional lead guitarist and brings a plethora of vibrance to these songs, floating them above some pre-Thrash rhythmic riffage, like lightening illuminating the darkest of nights. Herein lies the problem as for as easy as it is to sit back and admire his fretboard smoking wizardry, if you’re not a Power Metal fan in the first instance, are you going to be converted with this? The answer is that if you’re a fan of Glam or Hair Metal bands from the 80’s then perhaps because there are plenty of sing-a-long moments and catchiness, even if he saves throwback “Hostile Sky” with some intricate moments as it threatens to spill over into Radio Rock hell, the centre a little too mushy soft for its own good. If we consider this a stop gap release, then we should consider how well the older re-recorded material hangs with the new pair of cuts, which it does organically very well thanks to having the same high production value, being recorded by the same faces in the same spaces with the same gear. “Quantum Evolution Event” feels like it’s leading somewhere, like it’s the first half of an album that you want to hear the rest of before making your mind up on it, something which is both a blessing and a curse. The newer material has more edge to it and that certainly bodes well for their next offering [6.5/10]

“Quantum Evolution Event” by Ilium is out 14th January 2022 and available for pre-order over at bandcamp. 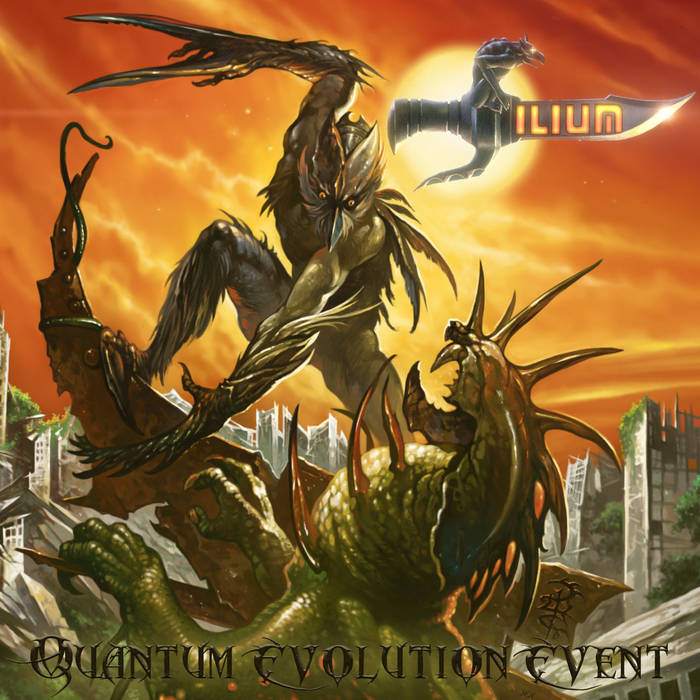