The second part of a gold blooded creature double feature interview pairing with York’s InVisions sees us talk to guitarist Lucas Gabb about how the bands third album “Deadlock” took shape, an affair conceived and self-recorded by the band in lockdown and mixed once again by producer Joe Graves (Asking Alexandria, Deaf Havana, Glamour Of The Kill)

What did you learn from the recording of your 2019 album “Between You and Me” that helped when it came to recording “Deadlock“? “I think we’ve learnt a lot from the recording/writing of both of our previous records that without them, Deadlock wouldn’t have been possible! It’s the culmination of all our favourite bits of both records plus all the secret sauce we’ve learnt over the years! The decision to record and produce ‘Deadlock’ ourselves came partly due to lockdowns, but also because our pre-production demo’s have gotten so close to how we wanted the final track to sound that re-recording them would be like trying to re-capture a moment. If you capture the lightening in the bottle in the first place, sometimes you just can’t recreate that!”

The album was mixed by producer Joe Graves (Asking Alexandria, Deaf Havana, Glamour Of The Kill); how did you come to choose him to work with and how did you find the process? “We’ve been friends with Sam & Joe at Innersound Audio since we were literal teenagers! Having worked with them on every recording the band has ever done it was a no brainer! We also have such a great working relationship that there is no limit to how far we’ll both go to nail the mix! It was the first time that I’ve been as hands on in the mixing sessions with Joe which was dope and something I’d like to do again in the future!

Mad respect to Joe as well, some of the tracks we were sending him were upwards of 150 channels of audio and that’s before we even introduce the vocals! Joe took all the tracked elements and really carved out the bread-and-butter mix for the album and created an absolute monster!”

How does the writing process of a new InVisions track start? Melody, riff or rhythm first? “It’s all about the riff. Once there is a riff or a riff idea in motion it all stems from there. Often, we’ve finished the entire song from start to finish, with post production before we even approach the vocals! The one rule we have when writing songs is that every section has to be a step up from the last. The song has to constantly be moving and feeling like it’s building on the previous section and going somewhere. I think that’s been a bit of a saving grace for us and helped us maintain a consistent energy through our records, because if something isn’t making the cut we’ll axe it before it see’s the light of day!”

Originally you were genre tagged as a Deathcore band but you’ve transcended the genre to incorporate other elements and put you in similar territory to bands like Monuments and Architects while maintaining those heavier roots. How important is it to you to push yourselves with each album as writers? “It’s weird to hear that because I wouldn’t say we have ever been a deathcore band! We taken influence from a range of genres, deathcore being one of them but I’ve always thought we were more metalcore! Sonically we’re always trying to push the boundaries of what WE sound like. I wouldn’t say we’re part of the rat race looking for that “fresh new sound” or trying to break the wheel, but we’re always trying to better ourselves and try things we haven’t done before! With ‘Deadlock’ we wanted to really focus on the clean vocals and melodies and make sure that every time the cleans were there that they matched the intensity of the screams and left you wanting for more! We took a lot more inspiration from pop music for the vocal melodies on this record as well, I think most notably in Annihilist which has a huge hook whilst maintaining that classic InVisions heavy!”

For us gear nerds out there, can you tell us what you’re using gear wise (pedals, strings, drums etc) to get your sound? “I’m currently using an Ibanez RGD61ALET loaded with Fishman Fluence pickups and an Evertune bridge! We’re playing 14-68 gauge Ernie Ball strings in drop G on a 6 string so switching to an EverTune bridge was super helpful for the tuning stability! In the studio we’re running through Neural DSP amp sims, with the Archetype Gojira being the main rhythm tone on the new record whilst our live tone is from a Line 6 Helix! We’ve got fairly ‘in the box’ set ups with Helix doing most of the heavy lifting, but we do use external DigiTech drop pedals in the back of the rack for switching down for some of the tracks in Drop F!”

What difference does it make to you as a band to have endorsements from gear manufacturers? “It’s incredible! We’re all avid players and gear nerds in our own different ways so to have working relationships with these in incredible brands is amazing! It’s great to try new gear out and particularly with Neural DSP to have all these incredible tone options only a click away in the studio really helps streamline the workflow and let creativity be the focus! Not to mention it ticks the childhood dream boxes!” 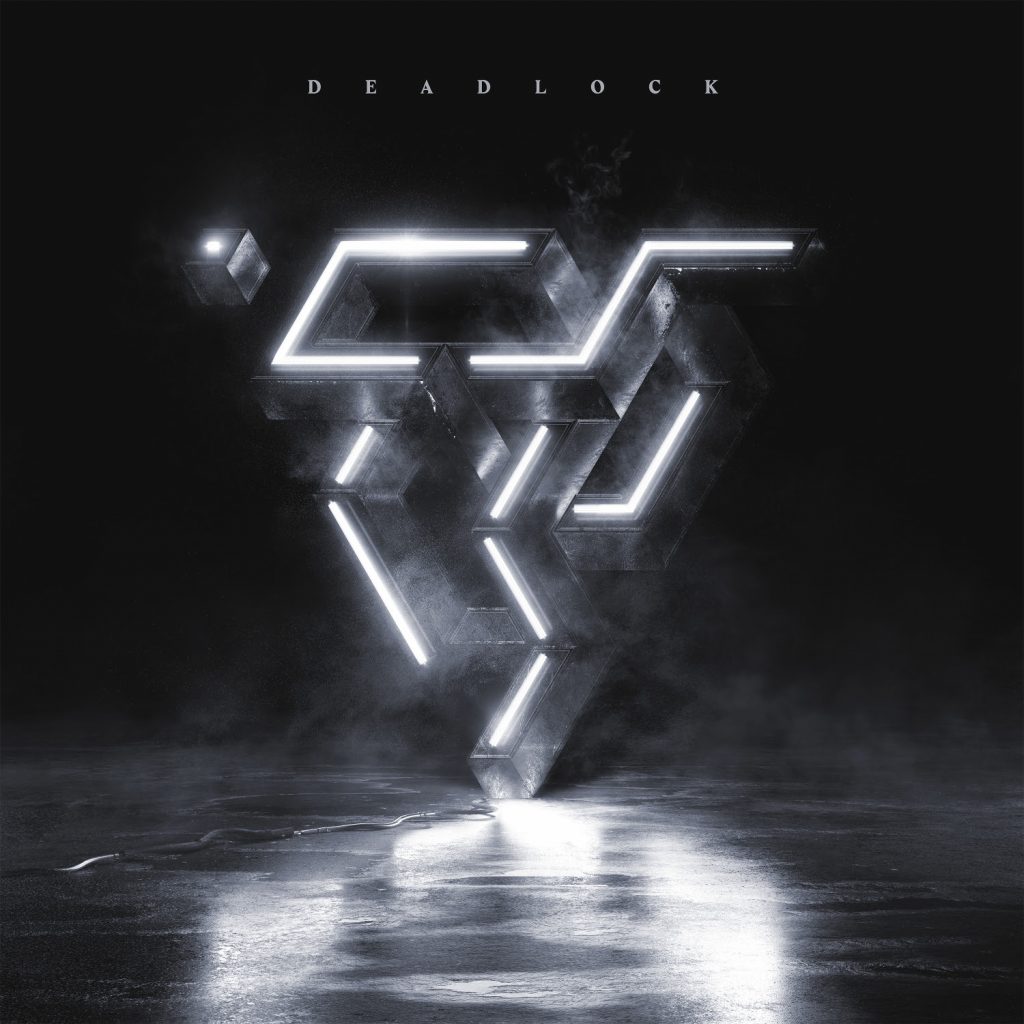 Tags:Between You And Me, Deadlock, InVisions, Nothing Never