Skip to content
HomeMusic VideosNEWS: It’s not a rose but a blade for Slaegt!

Danish Black Heavy Metal outfit SLAEGT (a.k.a. Slægt, meaning “lineage” / “heritage” in Danish language and pronounced /slɛɡt/) are launching a second single in “Kiss from a Knife” off their upcoming, fourth studio album “Goddess“, to be released worldwide on 18th March 2022 via Century Media Records. Recorded and mixed by Martin ‘Konie’ Ehrencrona (Refused, In Solitude, Tribulation) at Studio Cobra as well as mastered by Magnus Lindberg (The Hellacopters, Cult of Luna, Dool) at Redmount Studios, both in Stockholm, Sweden in late 2021. The album comes with stunning artwork created by Dávid Glomba (Svartidaudi, Cult Of Fire, Malokarpatan).

The band comment: “’Kiss From a Knife’ is in some ways the most aggressive and chaotic song we have written to date. But, as the vigilant ones know, a certain order can arise from chaos, if the powers within are harnessed carefully and with the right intent. The lyrics to the song deal with the union, that can occur in interactions, that initially look separating rather than uniting. This might seem like a paradox, but sometimes, the greatest truths in life are found in the biggest contradictions” 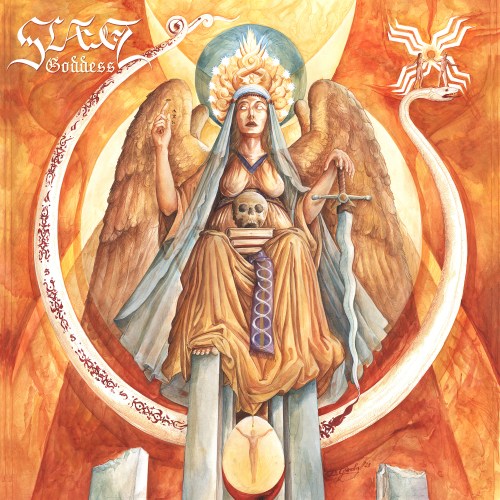