After their debut 2018 EP “Blackening of the Future” saw Perpetual create a modern Thrash sound that took all of the traditions of the genre and blended it with elements of Metalcore and Groove Metal, the Polish quintet saw doors open for them that led to sharing sates with Decapitated, Materia and Resurrection to name but a few. Each success has been tempered by line up changes and so it is only now, four years on, that their sophomore EP “Backlash” has surfaced. Written in sessions that began as far back as 2020, it saw guitarist Mateusz Gorczyński handle production, mixing and mastering at Blackened Future Productions with vocal recording and guitar reamping outsourced to Michał “Mjolnir” Daschke at Black Peak Studio. While the bands current line up sees Gorczyński  joined by Alan Durajewski (vocals), Mateusz Fryda (guitar), Jakub Milszewski (bass) and Dariusz Formela (drums), the EP sees Łukasz Raczkowski gracing the kit.

An eerie introduction brings this half an hour of power to life with a sinister edge before the gang chant heavy title track rumbles forth like a tank on patrol with Durajewski barking in accented English over the kind of riffs that make comparisons to 2018’s “Extinction(s)” album from American heavyweights Unearth obvious. But the clincher is that Perpetual have more to show that simply the heavy and the melodic closing to the cut is a dark and almost mournful addition that serves as a moment of calm before the storm of the next attack in “(Not) Importial Words“. An absolute battering ram of a track as Durajewski sounds like a man holding onto the last threads of sanity while delivering a socially and politically aware lyric, the blistering solos that accompany that being of the face melting variety of which Gary Holt himself would be proud to call his own. Turning everything up to 10, “Incapacitated” brings Crossover Thrash vibes with flavours of Hardcore with a higher tempo and another scorcher of a solo that ends on a whammy bar drop to die for. A headbangers delight, this one is the circle pit starter for a Festival that everyone wants to have on their record. There is a real instant gratification that comes with this record, it’s packed with elements that you know and love from elsewhere while doing enough of its own to make it an interesting and addictive listen, “The Unknown” having a couple of familiar riffs and a bass drive that perhaps show the bands influences bleeding into their writing which isn’t a bad thing. If you don’t find yourself chanting “f*** no!” along with the fist pumping and anthemic finale of the record in “Parallel Reality” then please seek medical advice [7.5/10]

“Backlash” by Perpetual is out now and available over at bandcamp. 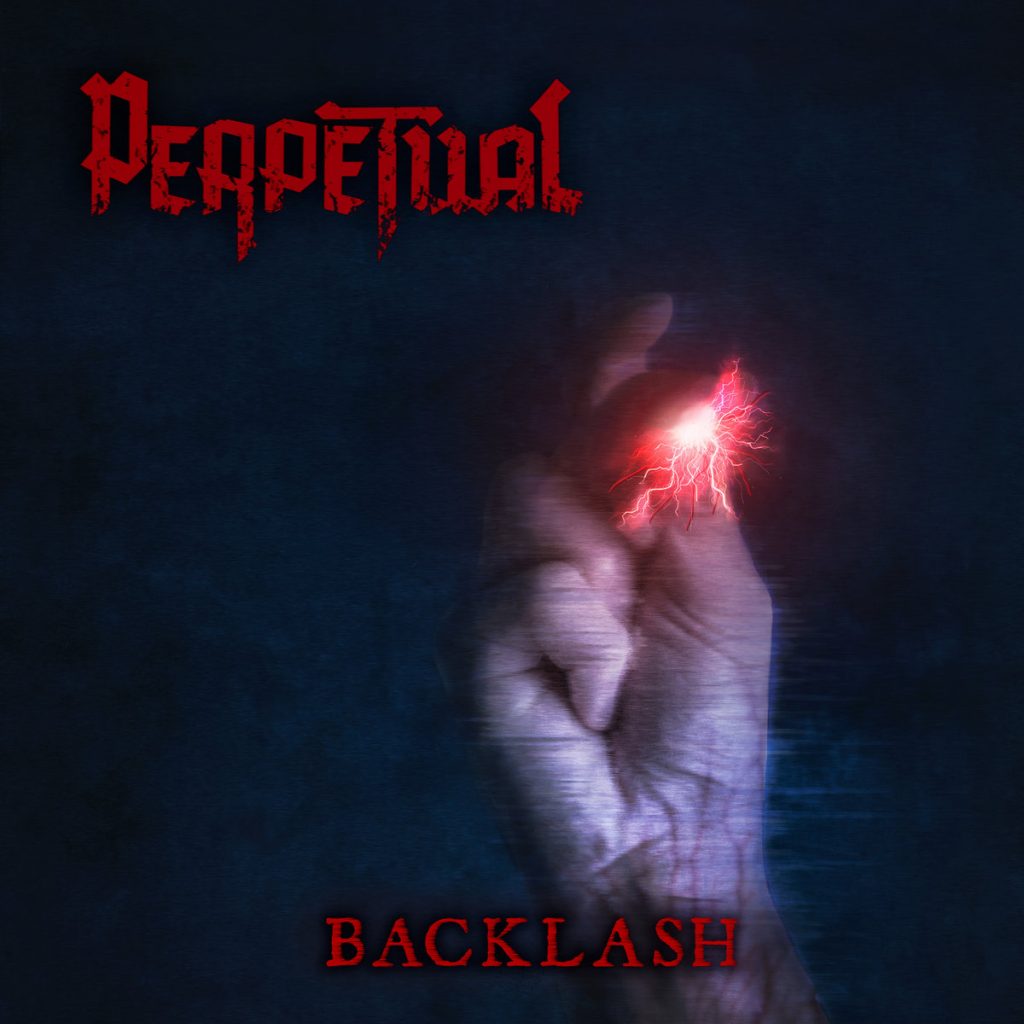 Tags:Backlash, Blackening of the Future, Perpetual