…and this metronomic artillery shelling style, rich in blasts and inspired by the Scandinavian scene that has brought us the likes of Dark Funeral and Enthroned serves to leave scorch marks on the previously frosty ground as he drives home the coffin nails with a ferocious dark power. As wild as the howling winds as you stand atop the cliffs amid the oncoming storm, “Blackest Insurrection” is an uncompromising tale of tragedy, rebellion and defiance ultimately death that has all the atmosphere of the four winds that bring fourth the apocalypse while carrying with it some ghostly moments of calm amid the tsunami of Black Metal deviation. From the freezing night terrors of the title track through the second wave of Black Metal deviance of “Blood Soaked Mist” and the outright Malevolence of “Hailing Shards Of Agony“, the enthralling and captivating nature of this beast is akin to watching the flames of a funeral pyre lick the black night sky. While there is no law that says you must be from Scandinavia to write Black Metal of the finest order, you could be forgiven for thinking those dark forests and frozen wastelands were the places that Sidious call home. If it wasn’t perhaps for the echoing spoken word moments of the likes of “Thy Palace Yond the Threshold” which would otherwise be as timeless as the work of Mayhem as it offers a distinctive give away with the accenting, Isfeth’s scathingly bitter black throated raspy vocal otherwise shattering stone at the mearest look, making him the perfect partner in crime for Medusa. The dark, sinister and brooding “Thousandfold Will” is the masterpiece of the the album it’s driven chaos and searing intensity showcasing just how far the band have come over their now trio of albums, so if a crown of thorns should be adorned with a jewel then it is this that offers the gleam to blind. The violent turbulence of “To Know My Kingdom” has a restless and relentless edge, the intriguing use of gang chants and tempo changes like shifting sands providing subtleties not usually associated with the genre that build upon the foundation of gold and bones that go before it before the meloncholia of “Jewel of the Hadean Crown” brings the hammer down with a slow burning build up to an epic finale befitting for this piece of epic grandeur [8/10] 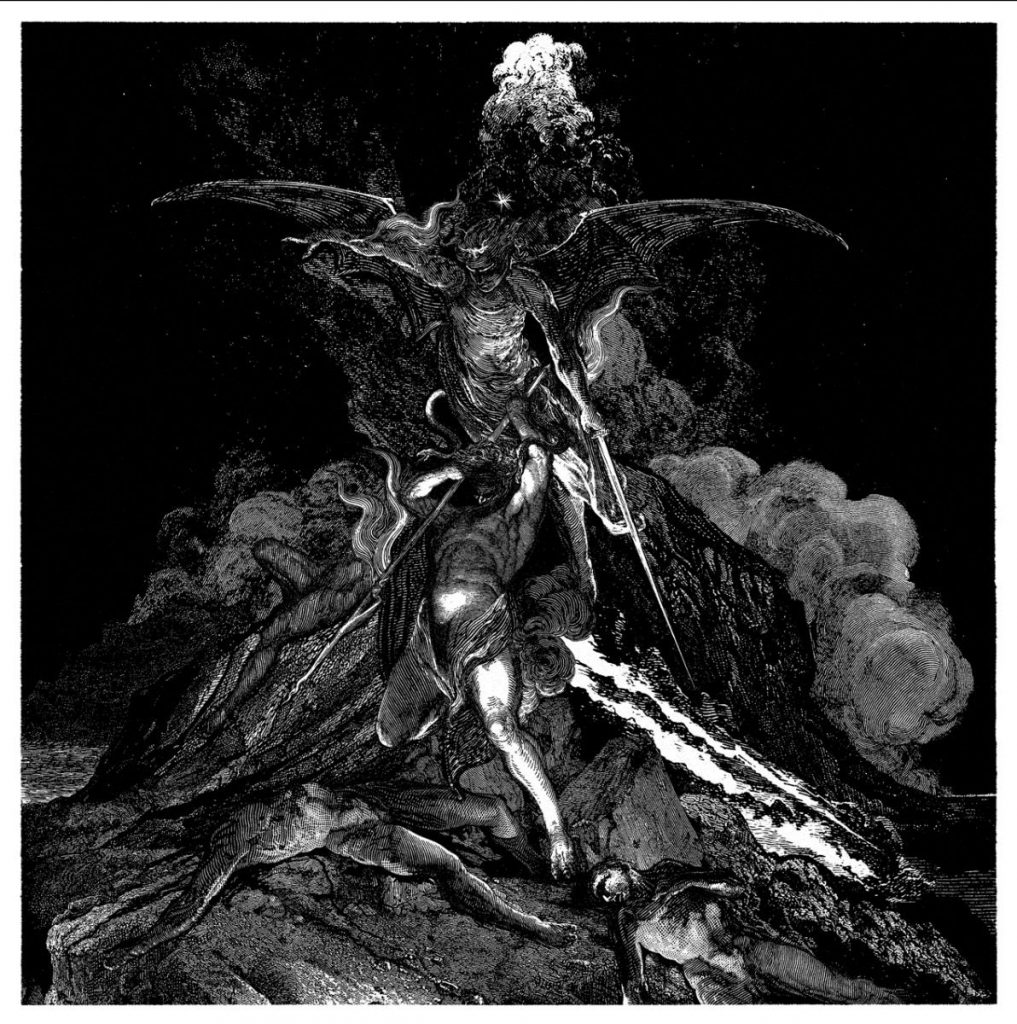