Skip to content
HomeReviewReview: “Out Of The Woods” by Ewigkeit

The story goes that back in 2015, multi instrumentalist James Fogarty (Ewigkeit, Old Forest) joined the reactivated Norwegian Progressive Metal act In The Woods, contributing vocals, keys, and guitars and together they released a pair of albums in “Pure” and “Cease The Day“. During his time in the band he shared with them a collection of 12 rough demo songs he has accumulated for no particular project over many years and having exited stage left in December 2021 he has decided to release a trio of those cuts in “Out Of The Woods“. Whether any more of them will see the light of day remains to be seen but for now…

…of this many projects that range from English Cult Black Metal to Progressive Metal and even Heraldic Templar Metal, it is arguably the more experimental Ewigkeit to which these songs fit best. Lyrically “The Wolf Returns” has elements of both Folk and Power Metal but sonically it’s blend of the Traditional with some Progressive and Thrash which makes it an interesting and rewarding composition. The guitar parts range from some straight up headbanging moments to some more extended instrumental passages and his clean vocals soar above them like an Eagle in classic fashion. Rather than three songs thrown together, this trio instead fit together cohesively with a Stoner Doom Metal vibe to “Evergreen” that is fearfully addictive. The majesty of the clean vocal performance broken as the gears are shifted into Black Metal ravenous uncleans make their mark like a bite in the neck before lavish leads then expose treasure of gold and bones. Exposing roots in Scandinavian Melodic Death Metal, listening to “Namestealer” is like listening to classic Scar Symmetry, the icy keys a haunting reminder of how powerful that genre can be. It’s safe to say having heard this trio of cuts, we want to get our greasy paws on the other nine, so fingers crossed that Fogarty has the opportunity to get those out there as these are pretty special [7.5/10] 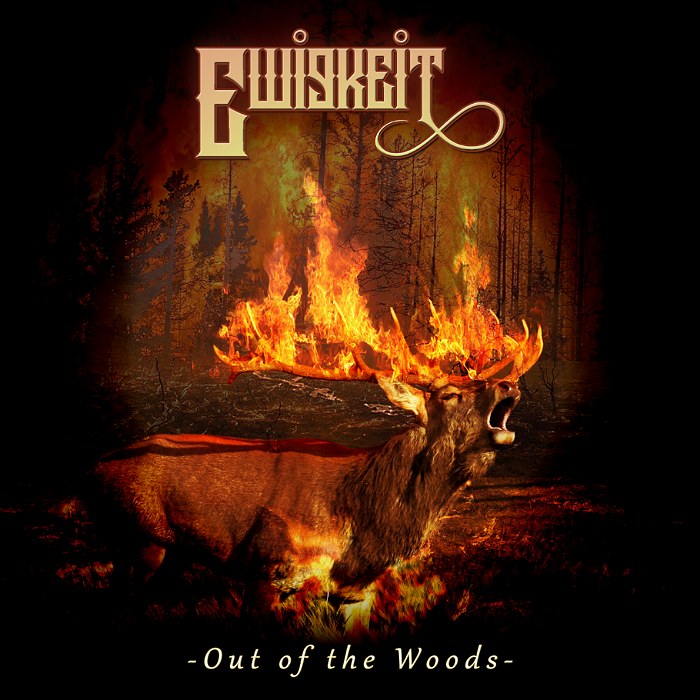 Tags:Ewigkeit, In The Woods, Nattehimmel, Old Forest, Out Of The Woods