Bleeding raw and brutal music to accompany dark lyrical themes Finnish Death Metallers Hautajaisyö (or “Funeral Night“) first appeared on our radar in 2015 with their self titled record and now seven years later their seven deadly sins have provided brought us a fourth in “Ei Hauta Kysy Lupaa” (or “The Grave Won’t Ask Permission“) via Inverse Records. Their line up may have changed over the years with vocalist Janne Partanen and guitarist Sami Lustig the last men standing from those days but the attitude and approach has remained very much the same and here they are joined by bassist Simo Pesonen and drummer Teemu Roth for an offering wrapped in lyrics that speak of self-loathing and unsolved issues…

…While Hautajaisyö claim to wear a Death Metal crown of thorns, anyone who has heard their prior works will know that while that is the main focus of the bands music, they also take influences from other genres and “Ei Hauta Kysy Lupaa” is no different. As a collection of songs the record actually began life before the bands last album appeared, as they began working on new songs in the wake of cancelled shows and on many of these cuts you can hear the frustration within the performances. While the lyrics are in Finnish, as a non speaker you can get the gist of and atmosphere of the record with just the translation of the song titles alone, the swirling darkness of the music providing all you need to connect to it. The tsunami of rhythmic battering begins with “Kunnes Hajoan” which has a Groove Metal orientation as it chugs away as Partanen spits blood but it is “Harhaluulo” where things pick up a little more pace. Permeated by bursts of blast beats and Suffocation influenced riffs the sinister urge is contained as the band spread their wings and take to flight, dripping Black Metal influences into “Askel” to give it a darker tone and harrowing feel in the longer instrumental passages. Partanen’s throat shredding demonic vocals are adorned by some layering in shriller tones that give an almost gang chant to the Blackened Thrash leaning “Kuuleeko Kukaan” as the band continue to honour the dark arts in the best possible way, the raw guitar sound a perfect fit while also allowing the clean crisp drum sound to cut through like a hot knife. The power and intensity of the performances is unrelenting, the kit performance from Roth driving cuts like “Lohduton” forward as it’s dark and twisted melodies brood in a way that only music from this corner of the Globe does. There are moments of “Hiljaisuuden Vankila” in which if you took away the vocals you maybe forgiven for thinking you were listening to an early career Lamb Of God demo. A powerfully dark and dramatic affair “Ei Hauta Kysy Lupaa” will keep you awake at night, wondering just what lurks in places even Gods fear to tread [7/10] 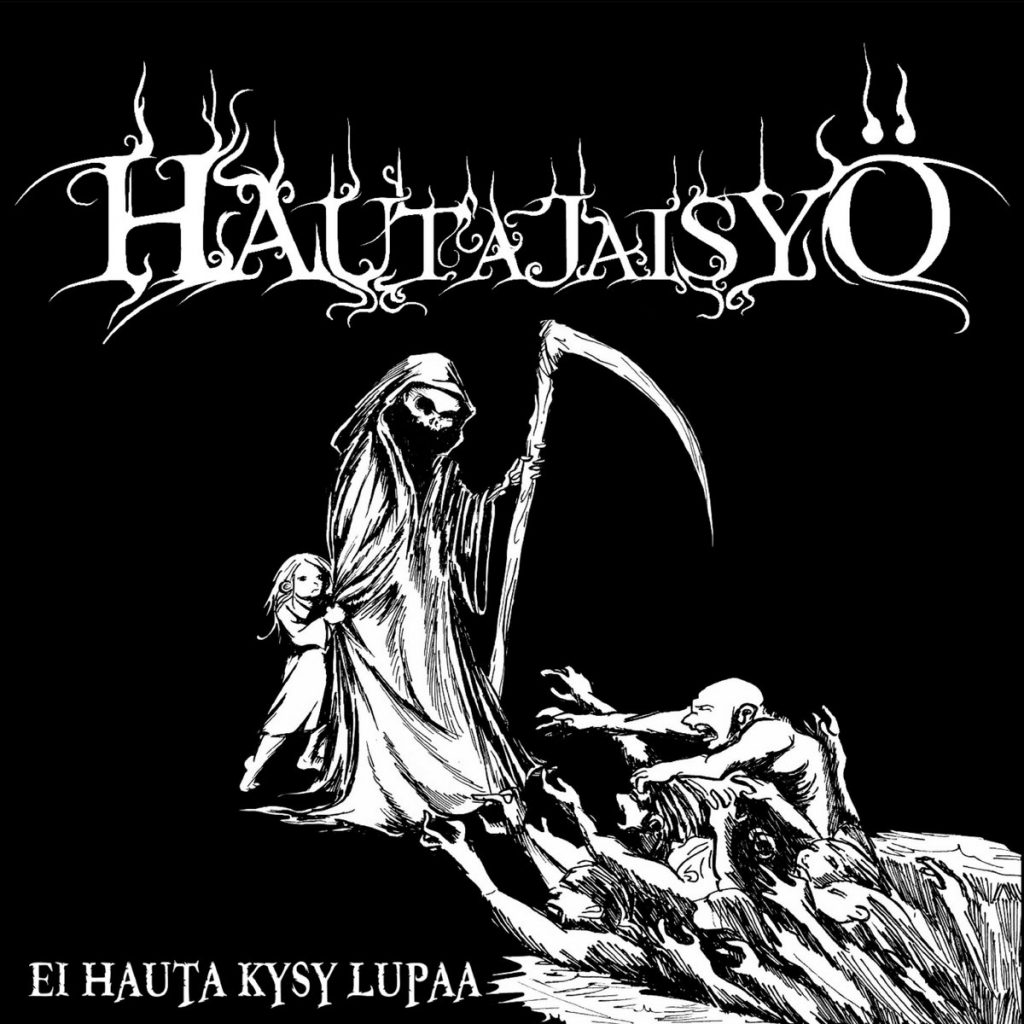