Skip to content
HomeReviewReview: “Self Titled” by State Of You

Inspired by a mutual desire to write some straight up songs to expel personal demons as well as wanting to provoke discussion about the issues of this World, State Of You are a band comprised of former members of Polar, Tessa Jones, Hildamay, Seasonal and Outcry Collective who simply want to be heard. Recorded with producer Oz Craggs (of Feed The Rhino fame) at his Hidden Track Studios in Folkestone, the bands debut EP is formed of six cuts whittled down from some forty song ideas with the band citing influences from the likes of Every Time I Die, The Bronx and Beartooth as they begin a new.

When seasoned musicians get in a room together there can be some pre-conceived ideas about what they might create together amongst fans but there can be no question of about the bands Hardcore Punk roots as “Lies” plays out with a little deviation for some Metalcore leads and a punchy chorus. Addictive and catchy it’s an immediate pit starter for live shows that takes a page from the Cancer Bats playbook with some well worked tempo shifts as Steve Sitkowski gets his message across, taking the opportunity to insert “F***” in a breakdown that could have had a “Bleigh!” in it. Roaring out the gate like a Pit Bull in search of the mail man’s leg with a powerful bass drive from Rick Keenan, “Run” keeps the riffs flying with a southern groove as the narrative switches to a relatable one of the hardships and frustrations of daily life. It asks the questions: how is it that some people thrive on tearing others down? Where did this cancel culture mentality come from? A clenched fist of a cut that serves as a cathartic release, it’s nothing short of a straight up anthem. Continuing the vibe “Blood Party” brings plenty of bounce and a scream along chorus but it’s “The Perfect Storm” that changes things up with a couple of moments of melody in slick transition, the battle cry of “This is British Rock ‘n Roll!” amid a huge breakdown section the kind of incitement that sets off Mosh pits at live shows. It’s a moment you don’t want to miss. Put simply what State Of You (or should that be “Look at the state of you?!“) have created with their debut EP is a collection of tunes that have swagger and are good fun while giving you something to think about. It has an instant hook with its air of familiarity that will have you coming back to it time and again as the band prove once and for all that something doesn’t need to be complicated to be a good time [7.5/10] 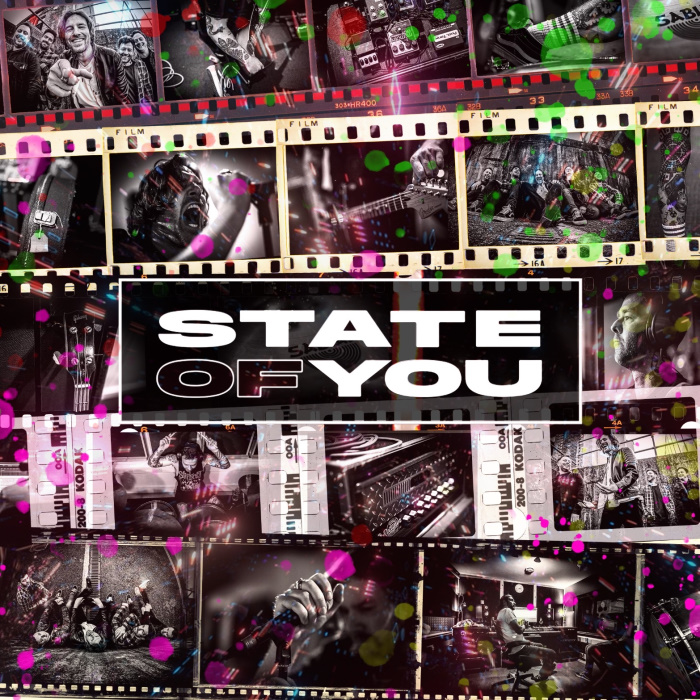