Skip to content
HomeReviewReview: “Dead by the Dawn” by Autumn’s Grief

The story goes that having worked closely together in their previous band guitarist and bassist Santtu Rosén (Dead End Finland, Ex-Dying Daylight) and keyboardist Ville Skön (Willie Dangerr, Ex-Dying Daylight) began making new music together in the spring of 2020. By chance, almost a year later Noora Virtanen (Tulio, Musta Orkidea) found some of their instrumental recordings online and sort permission from the duo to record her own vocals on one of them. The trio collaborated and soon a debut album was completed, Autumn’s Grief officially forming in May 2021 with a plan to continue to create fresh works. A trio of singles were released that year in “The Oblivion”, “The Dead Don’t Smile” and “The Thorn in My Side“, the band choosing that second single to base the style of the album upon…

Rich and diverse, the Finnish trio combine elements from soundtrack music, Melodic, Symphonic and Doom Metal to create alchemy, Virtanen’s mellifluous and soulful vocal beauty intertwining with mournful strings to create something of epic melancholic grandeur on opening “The Tide“. That finds them in similar territory to acts like Oceans Of Slumber with Gothic overtones rising to the fore thanks in part to the keyboards before the darker “The Sea Of Apathy” has Virtanen giving us something more ice maiden like against a backdrop of powerful rhythms that ebb and flow between verse and chorus. Despite the nature of the bands sound the mix feels ever so slightly off, the drum machine getting a little more prominence than it deserves and the depth of sound somehow lacking something at times. That gives the album a raw edged quality, only the vocals unaffected by it. Stepping out of the more sombre sounds for a moment “Under The Belt Of Orion” has more weight and texture in the guitars while the piano adding an icy touch that chills the veins despite the warmth of the chorus. “Hanging In Midair” then gives us something worthy of a film score and an Opera House, the power of it mesmerising as the band play with the Symphonics and darkness of the lyrics without the weight of the guitars and the result is just as captivating and enthralling as the earlier works. Turning everything up several notches the pace picks up dramatically for “The Clearing” with rampaging riffs in the mid section capturing the feel of Virtanen running through the dark Forrest in the depth of midwinter, as if escaping from a pack of Wolves.

That injection of energy prevents the album from falling into similar meanderings and continues into “The Dragonfly” which has some more Traditional Metal leaning influences as it plays out, the bassline giving it a nice bouncy feel. The band have clearly chosen to let the clean vocals shine and the absence of any Death growls to accompany them is a curiosity, there are a couple of points where they would give the sound a little more edge but they shy away. An instrumental in the sense it has no lyrics while it has vocals, “In The Presence Of The Sun” is a stunning cinematic piece that blows the mind while at the same time acting as both an interlude and introduction piece for “There Was A Light“. That maybe the least Metal track of the record but it continues the narrative in outstanding fashion before the Evanescence like “They Talk To Me” shatters the mirror with Nu-Metal warnings and rap like flow in the verses. It may have a nostalgic quality for some but after the earlier offerings it sounds tragically out of place here. Fortunately there is a final twist in tale with the album title track returning to the earlier stylings with an incredible vocal performance as the white is once again painted grey [7/10]

“Dead by the Dawn” by Autumn’s Grief is out 9th December 2022 via Inverse Records with pre-orders available over at bandcamp. 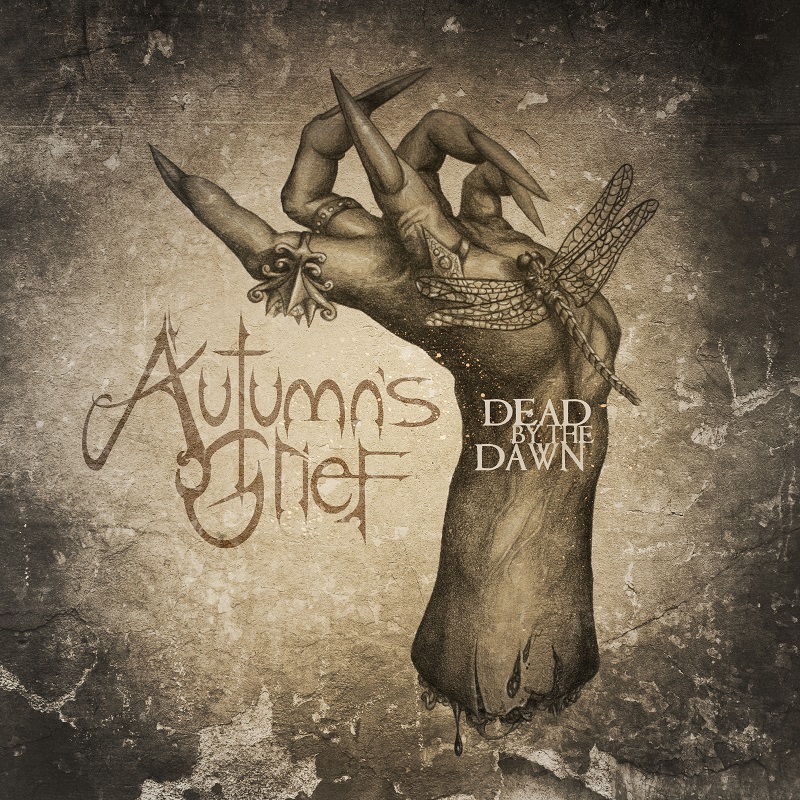