After sharing a stage with Attila in September, Dallas Texas Experimental Goth Metal crossover quintet Be//Gotten have been unveiled as the latest signings to the Stay Sick Recordings roster. In signing they have dropped a music video for a freshly remixed and remastered version of “Elm Street”. That work was done by JoJo Centineo and
Read More 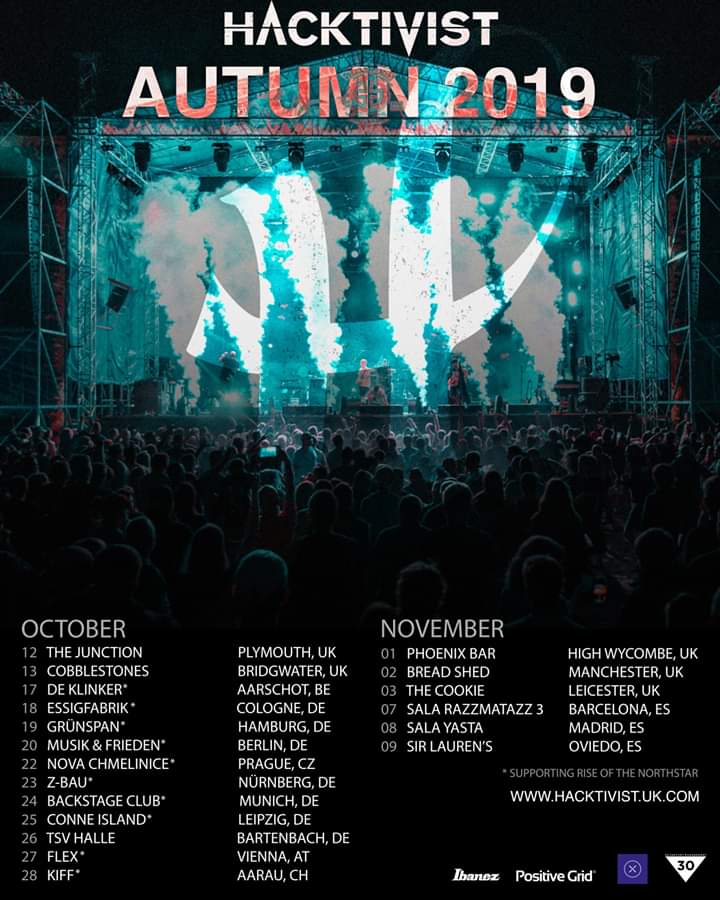 Having released a trio of singles in the last few months, Milton Keynes DJentlemen Hacktivist have announced a trio of November UK shows after a European trek with Afterlife in support of Japanese Mythology loving Frenchmen Rise Of The Northstar. The first of those stops will be at Mortal Metal Festival! 1st Wycombe, Phoenix Bar
Read More

Pro-Shot at La Trianon in Paris on 18th May, Rise of the Northstar have delivered a video for “Here Comes The Boom” as a precursor to their European Tour with Hacktivist and Afterlife that kicks off later this month. We saw the French lovers of all things Japanese in London back in April with Emmure
Read More

Filmed at Europahalle Trier Germany on 22nd April, here’s footage of Being As An Ocean at Summerblast Festival. The band will be trekking across  Europe in November with Novelists, Afterlife and Dreamstate keeping them on their toes. New album “Proxy” is just a couple of weeks old so keep your eyes peeled for that one.
Read More

Independent Metallers Being As An Ocean have announced a European Tour that will see French DJentlemen Novelists, Dream State and Afterlife on the bill! Starting in Antwerp Belgium and finishing in Madrid Spain, the UK dates will be in November! The shows come immediately after their 13th September releasing new album “Proxy: An A.N.I.M.O story”
Read More