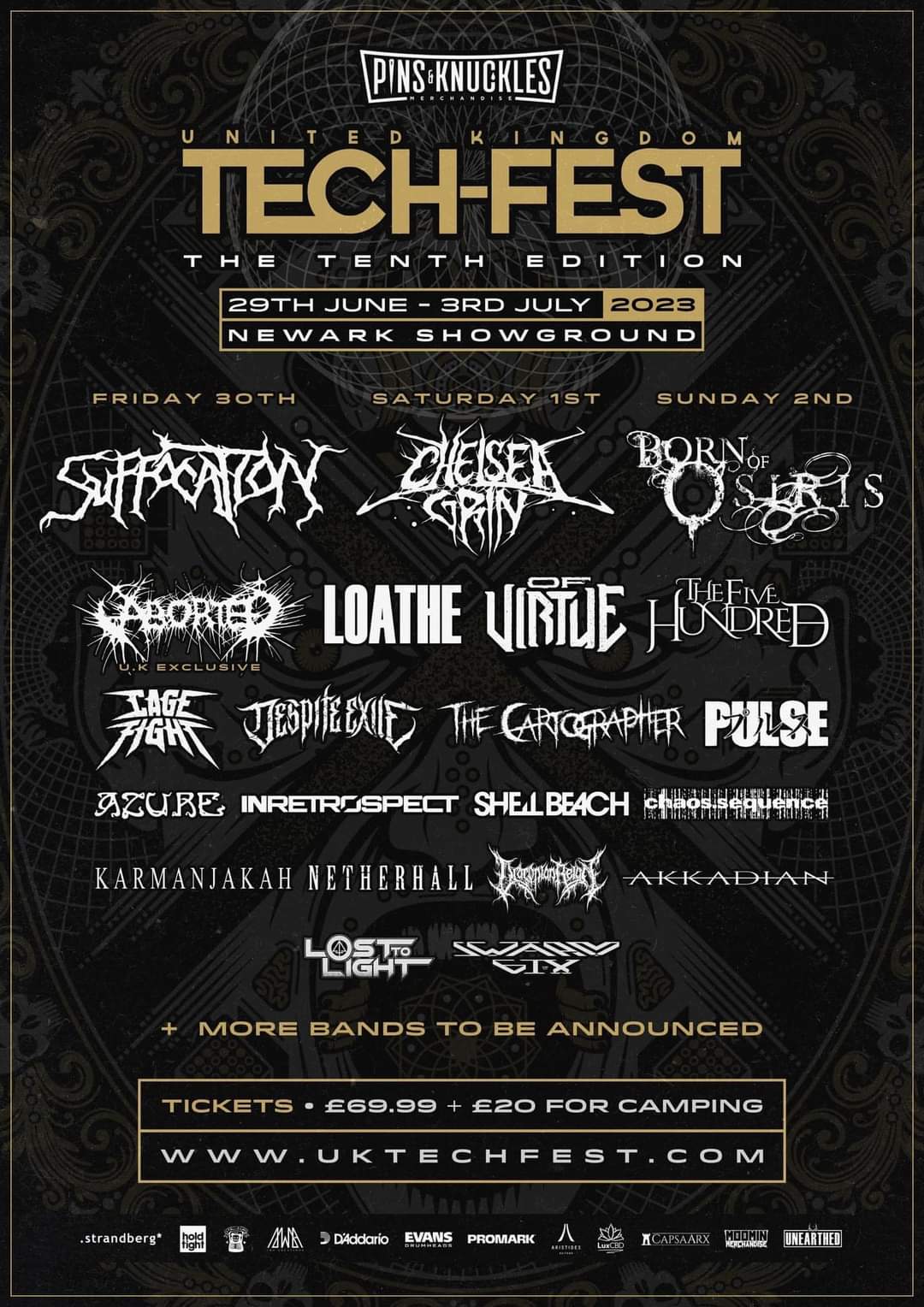 The Tenth Anniversary of UK Tech-Fest will take place across the weekend of 29th June to 3rd July 2023 at Newark Showgrounds and the powers that be have announced their first wave of bands with some HUGE names in Death Metal, Deathcore, Progressive Metal, Nu-Metalcore and Groove Metal both Underground and Undefeated alike taking to
Read More

In October the agenda for Cambridge Groove Metallers Akkadian was playing shows, eating hot sauce, going places and meeting people they had not before. No Star Trek puns intended.  While they were doing all that someone had a camera out and filmed some behind the scenes footage of life on the road in the band
Read More

“Depraved. We need to rise up, Unite as one. Give me the chance to change the f***ing world. It needs our healing to bring back what we once had. The posers on top are promoting a destructive, immoral message to manipulate your mind”
Read More

If you’re yet to witness the power of Cambridge Groove Metallers Akkadian live as yet then the band have given you the prime opportunity to do so from the comfort of your own home (or train, plane, automobile… the possibilities are endless), sharing a pro-shot full set from Unearthed Festival at the Hairy Dog in Derby
Read More

Returning to their fifth single and second of 2022 “Serpentine“, Cambridge Metallers Akkadian have entrusted guitarist Harry Newberry to nail his performance for a guitar playthrough video. Named after the ancient Mesopotamian Empire the band have been making waves in the sands of time as they crush with groove laden cuts that intertwine with lyrical
Read More

For Akkadian the road to this year’s incarnation of Unearthed Festival in May is paved with Gold as they have lined up a trio of preceding shows with Portrait of Ruinn and Daybreaker to take them there from their native Cambridge. They’ve dropped a quartet of well received Groove Metal orientated cuts inspired by Ancient
Read More

Planning their biggest year yet with a wealth of singles and live shows lined up, Akkadian have unleashed a new single titled “Prisoners” once again produced by Mike Bennett of Foxhound Recording Studios. It’s their fourth in all and follows announcements of a pair of festival appearances that will see them share stages with Miscreant
Read More

After two weeks in London we head to Cambridge for this week’s entry in the Black Book of the UK Underground Metal scene and to a band that have a retina threateningly bright future ahead of them. When people talk about Metal bands with themes of Ancient Egyptians one might think of the Power Metal
Read More