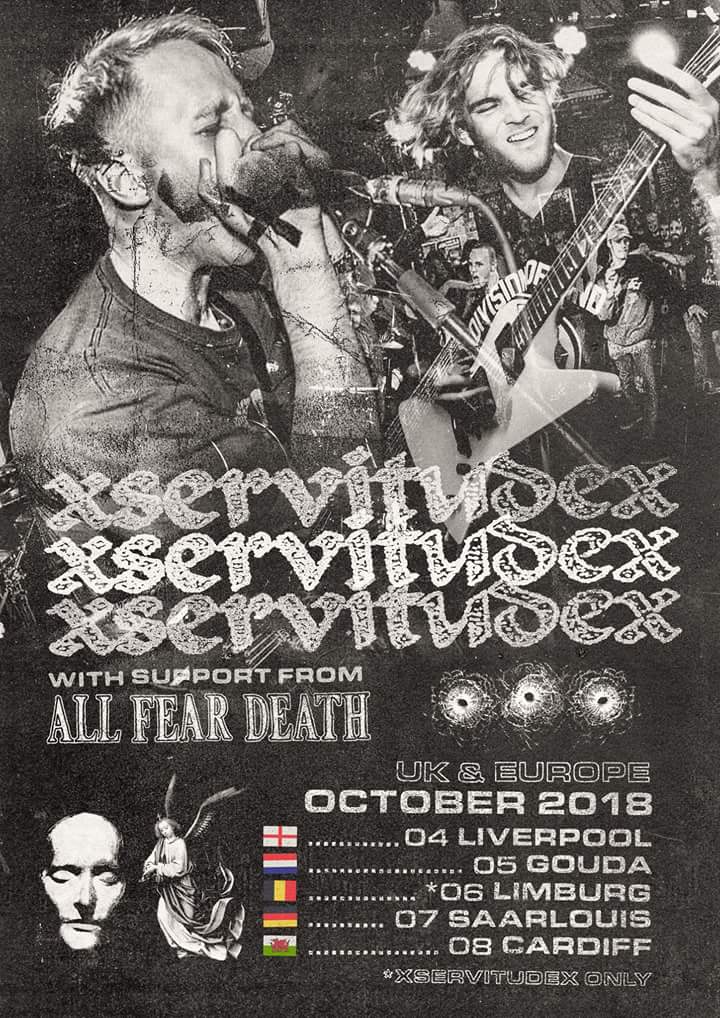 Given that the bands share a guitarist in Ben Brodie, it should come as no surprise that xServitudex and Scottish Hardcore crew All Fear Death are about to embark on a short tour together. Filmed at Outbreak Festival in Leeds this summer, here’s a full set from All Fear Death. The band released a pair of
Read More

Courtesy of David Tan and his team, here’s multi-cam footage of xServitudex at Outbreak Festival in Leeds on 17th July! The band will be joined by All Fear Death for a 5 date European Tour before hitting the studio to record something heavy!
Read More

Leeds (ish) Vegan Straight Edge Metallers xServitudex will be joined by All Fear Death for a 5 date European run in October, including a pair of UK dates before they hit the studio to get paid in full and record their next release. 4th Liverpool, HUS Bar 5th Gouda, Netherlands, Oosterweide 6th Limburg, Belgium, Hal
Read More