Alphaville’s finest Imperial Triumphant have premiered another cut from “Spirit of Ecstasy” due out 22nd July via Century Media. Titled “Merkurius Gilded” and featuring guest appearances from Kenny G and Max Gorelick it offers a flavour of what the avant-garde act have in store, complete with a video directed and edited by Steve Blanco who
Read More

Featuring a guest appearance from Snake of Voivod New York avant-garde monsters Imperial Triumphant have unveiled the first single from the post-Alphaville era in “Maximalist Scream“. Directed and Edited by Steve Blanco they’ve shared a music video for the track borrowing a few vintage models from Daren Johnson at Hollywood Classic Cars and providing a
Read More 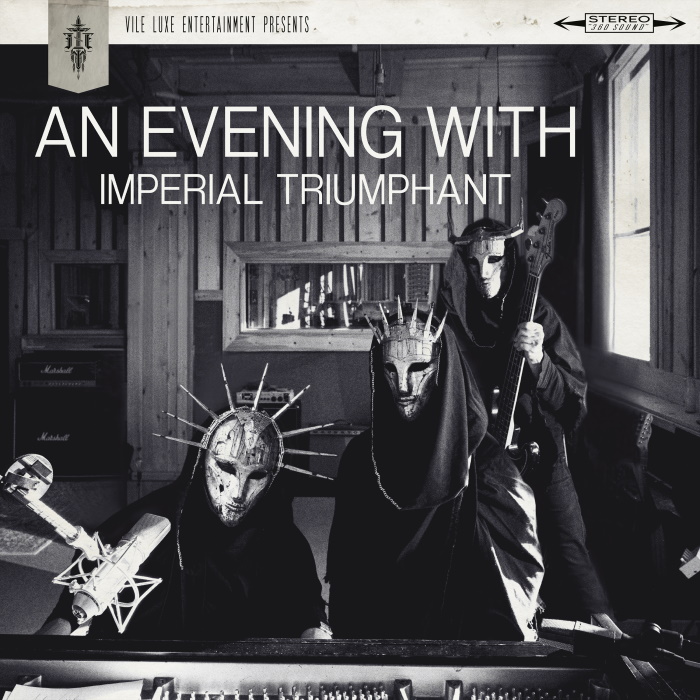 One of the most impressive Avant-garde Black Metal records in recent years has to be the critically acclaimed “Alphaville” from Imperial Triumphant and so a return to the record for an interview with Heavy New York is an absolute pleasure. 26th November will see them unleash hell in the form of a live album titled
Read More

Having just announced an upcoming live album cunningly titled “An Evening With Imperial Triumphant”, Avant-garde Black Metallers Imperial Triumphant have shared a first single from it. The cut of choice is “Transmission to Mercury”, one of six that make up the set recorded at the infamous New York Slipper Room from an album that will
Read More

Awards season seems to have started early this year with Revolver Magazine announcing their top 25 albums of 2020 with 36 days to go until New Years Day. So no hope for a pair of highly anticipated releases for December in “The Sins of Our Fathers” from  Serbian Groove Death Metal band Mud Factory or “The Great
Read More

New York avant-garde metal outfit Imperial Triumphant have released a new music video for “Excelsior” from the bands Summer released album “Alphaville“. That features a number of special guests such as Tomas Haake of Meshuggah on taiko drums, Phlegeton from Wormed and ex-Bloody Panda Yoshiko Ohara on guest vocals and was also produced and engineered
Read More

New York Avant-garde Black Metal trio Imperial Triumphant have to be one of the more unique acts producing some challenging and enthralling music around. Their recently released album “Alphaville” is a joy and includes a pair of unexpected covers in works by Voivod and The Residents as well as guest appearances from Tomas Haake of Meshuggah
Read More