Courtesy of Nick Tronckoe Media here’s a freshly released pro-shot full set from US Hardcore Punks Backtrack at The Sound Of Revolution 2019 in multi-cam style with additional camera work by Adam Harazim of Roughneck Media and Dylan Ghesquiere. The band may have called time on their career in 2019 with one final tour around
Read More

We are back at Club Citta in Kawasaki, Japan on 21st September 2019, otherwise known as Bloodaxe Fest 2019, for the third time in the past few days for more freshly released dedicated drum cam footage. This time out it is the turn of the much missed Long Island New York Hardcore Punks Backtrack and
Read More 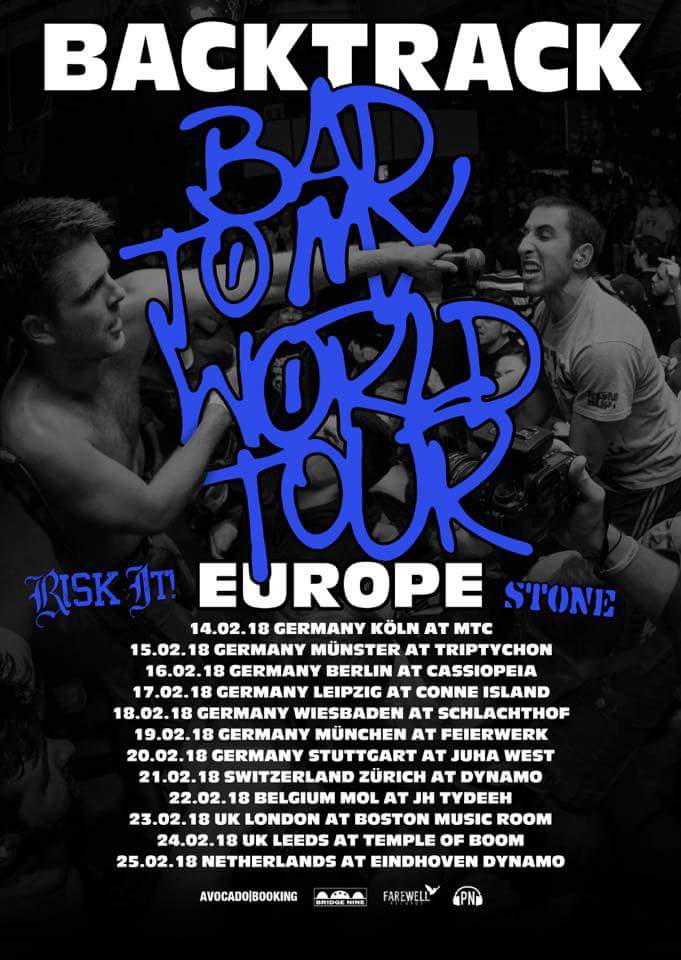 Gone but not forgotten, here’s a pro-shot full set from the almighty Backtrack at Revolution Bar & Music Hall in Long Island, New York on 29th November 2019. Will they do a Lionheart and return in a matter of months? Will it be a couple of years? Or are they gone, gone? Their final tour
Read More

Playing the final show of the final Backtrack European Tour in their home town of Leeds, here is a full Pro-Shot set in Multi-Cam style from Higher Power! Filmed at Brudenell Social Club on 9th November by David Tan Kathryn McBride and Benjamin Nowell, it’s a reminder that they have signed to Roadrunner Records for
Read More

The final show on UK soil from New York Hardcore crew Backtrack took place at Brudenell Social Club in Leeds on 9th November. They’ll be calling it a night very soon so we’re fortune that David Tan, Kathryn McBride and Benjamin Nowell were on hand to film the whole thing in HD Multi-Cam style! The
Read More

There aren’t going to be many more opportunities to catch Long Island New York natives Backtrack before they reach the end of the line. So don’t sleep on tickets for this last run of shows because while we’ve got a hunch that they’re going to return as it’s not easy calling time on something you
Read More

Filmed by 197 Media at the Che Cafe in San Diego California on 11th August, here’s a full set from Backtrack! The hardcore quintet will be calling it a day at the end of the year, so when they hit those shows in your town, it’s time to get your two step shoes on.
Read More

New York Hardcore five piece King Nine Pro-Shot by 197 Media at The Lodge Room in Los Angeles California on 9th August is an absolute must watch. Frontman Daniel Seely has quite a dark worldview and shares his thoughts on politics, ethics and morality over war drum percussion and buzz saw guitars. Who could ask
Read More

As Backtrack count down the shows before that shed a tear final feedback laiden moment, here’s drum cam footage of “Erase The Rat” Pro-Shot by 197 Media at The Lodge Room in Los Angeles California! Their final show is still to be announced though November will see them complete a final run of European dates
Read More

Is it better to burn out or fade away? Backtrack have announced a European Tour with Higher Power and Hangman that will feature a pair of UK stops as they enter the final part of their farewell tour in November. It’s been 11 years of Hardcore from the Long Island New York quintet who were
Read More