While it has been done previously, most notably perhaps by DJentlemen Periphery with their record “Clear“, the concept that Varius have chosen for their sophomore EP “Concordance” remains a fascinating one. The Niagara Falls, Ontario based quartet who comprise Joel Tassillo (Bass), Joey Scaringi (Vocals), Vladimir Prokhorov (Drums) and Patrick Forlin (Guitar) have gone the
Read More

During their set at Le FestEvil in March, Your Last Wish captured live video of their track “Pandore” with guest vocals from William Murray of The Flaying. He reprises the role of Simon Girard of Beyond Creation on the album version of the track, which itself is a highlight of the February released “Eradicate“, a
Read More 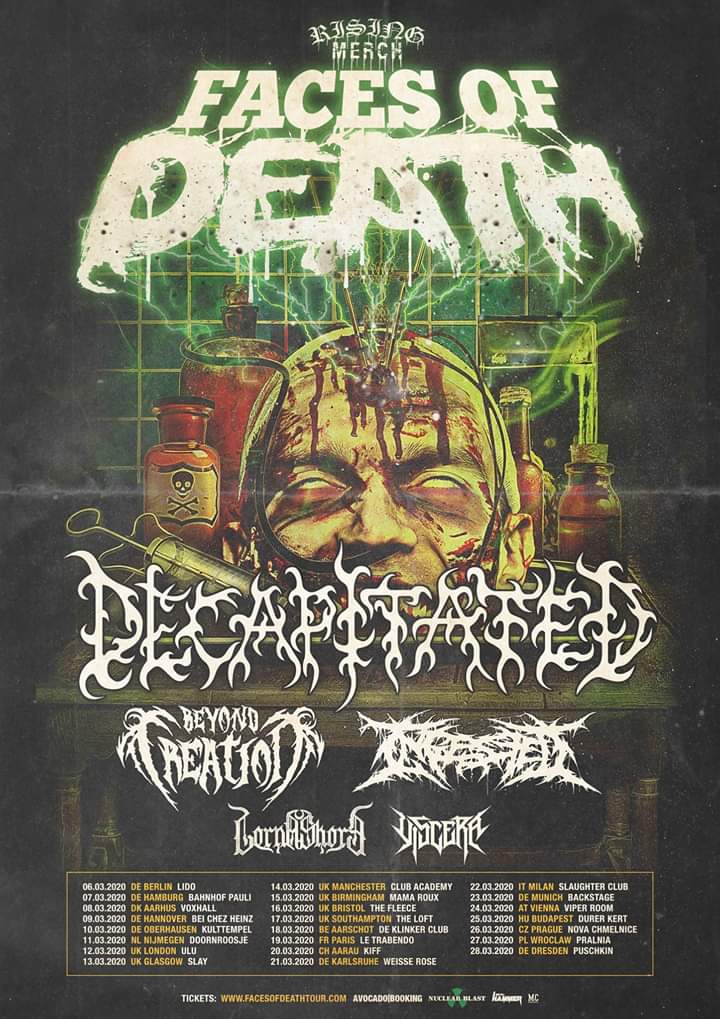 The Faces Of Death tour will be leaving a trail of the Dead as it ploughs it’s way through Europe in March 2020. Five bands will take to the stage during the trek with headliners Decapitated joined by Beyond Creation, Lorna Shore, Ingested and Viscera. So that’s Death Metal, Deathcore and Slam. It’s going to
Read More

…with new album “Algorythm” set to appear on 12th October via Season of Mist and new single “The Inversion” appearing yesterday, it looks as though Montréal, Québec, Canadian Progressive Death Metallers Beyond Creation are planning a European tour with at least one UK date. Taking place at London’s Camden Underworld on 22nd November and will see Gorod,
Read More