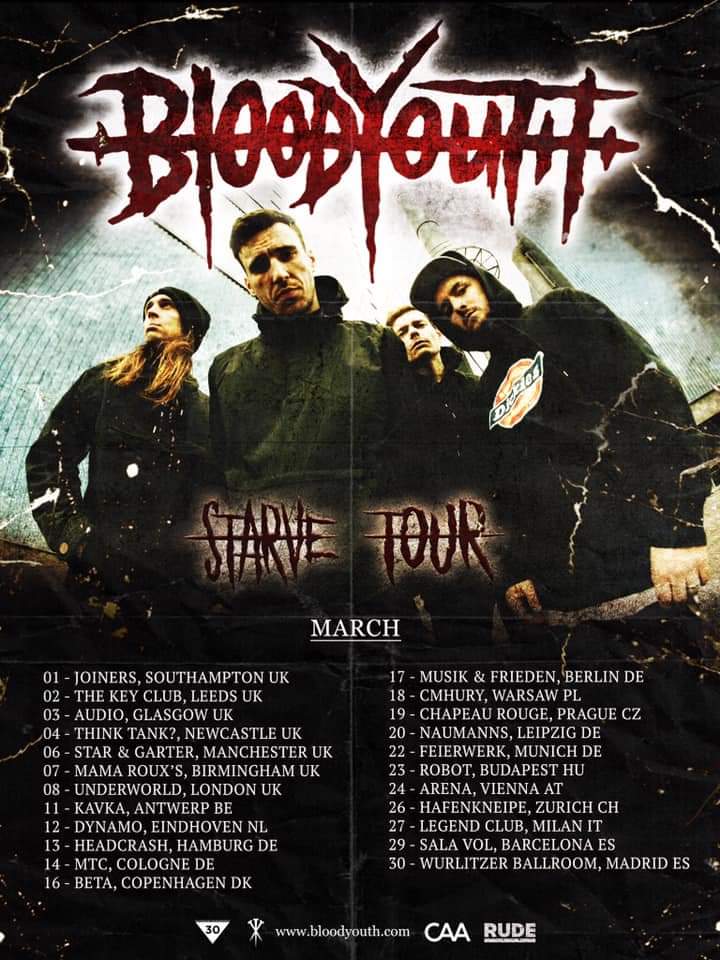 Harrogate Hardcore Punks Blood Youth have announced a run of March dates entitled “Starve Tour”. It will start with a run of seven UK dates before the band head out to Mainland Europe and finish up in Spain. Support is still to be announced but the tickets are on sale very shortly! 1st Southampton, The
Read More