Performing at ABC No Rio in New York City on 3rd October 2009 off the back of their “Tube of the Resonated” album, here’s a full set from Cannabis Corpse, a band devoted the joys of smoking weed and listening to Cannibal Corpse… The Virginia based five, piece the brainchild of Municipal Waste Philip ‘Landphil’ Hall,
Read More

1st November saw Cannabis Corpse drop “Nug So Vile” via Season of Mist and drummer Josh “HellHammer” Hall has put together this animated video for single “From Enslavement To Hydrobliteration”, a standout cut from the record. They’ll be joined by Withered for this UK trek in January… 21st London, Boston Music Room 22st Birmingham, Asylum
Read More

Cannabis Corpse will take a pretty strange route around the United Kingdom when then arrive with Withered in January. Five shows at the end of their European Tour will seem them go from “Wisdom To Baked” as they zigzag across the country missing out a far few opportunities to stop for a gig… 21st London,
Read More 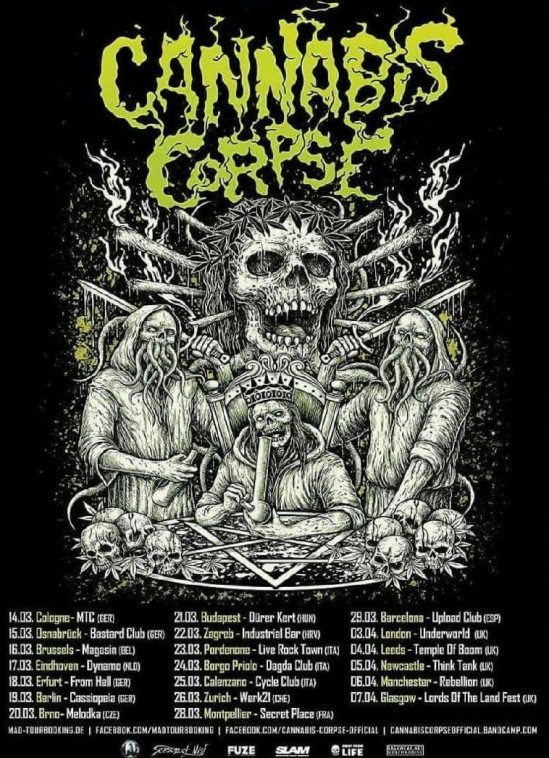