At last summer’s Fat Lip Fest in Bristol there was uproar when Nu-Metallers CrazyTown didn’t play that song in their set. So filmed by Jake Perry at The Whiskey A Go Go in Hollywood California on 10th July as part of their 20th Anniversary Tour, here is that song. The back end of the European
Read More

If you’re feeling nostalgic about the Nu-Metal era and loved “The Gift of Game” then August could be the month for you. Celebrating 20 Years since the release of their debut full length album and no doubt raising a glass to Rust Epique and DJ AM who have passed away since, Crazy Town will be
Read More 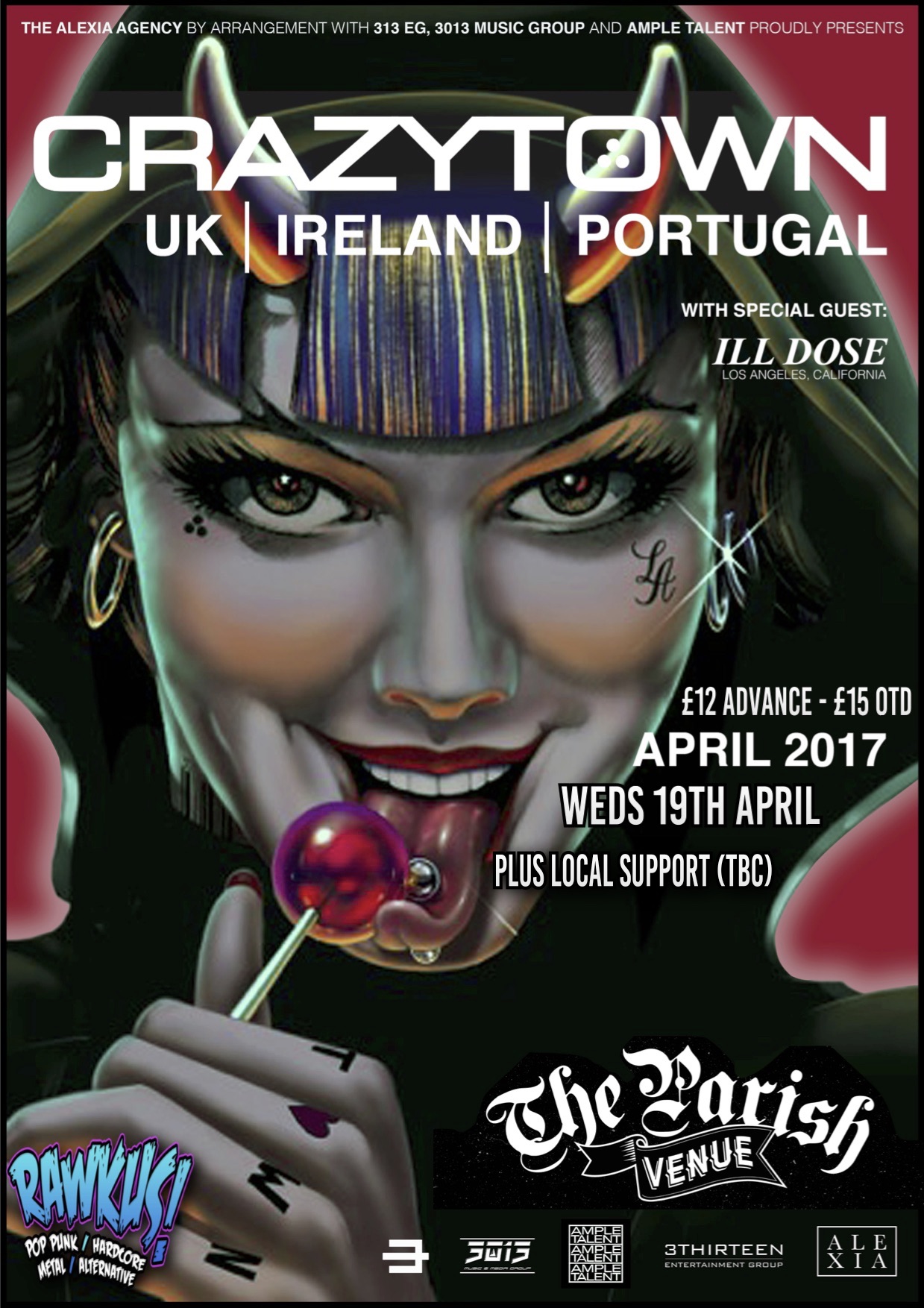