Tag: Death of Me

Returning with a new album every two years following their debut “Abandonment” in 2016, Melbourne, Florida Deathcore brutes Bodysnatcher have been a force to be reckoned with and having a wealth of experience and prior convictions from other projects has helped propel them to new heights. So where does 2022 find ex-Chainsaw Disembowelment vocalist Kyle
Read More

Having reactivated their bandcamp page after six six six years in February, Melbourne, Florida Deathcore Merchants Bodysnatcher have dropped a fourth single in four months. After their rendition of “Smash Your Enemies” by Hatebreed surfaced last month claimed to be the only cover the quartet will ever do, they’ve returned with one of their own
Read More

It might not be 100% official as yet, but having played in London just last night with Northlane and Void Of Vision, a quartet of May 2020 dates have leaked out along with support acts for the “Death Of Me” European Tour from Polaris. The Progressive Metalcore quintet have their sophomore LP out on 21st
Read More

Filmed during their tour with Slaughter To Prevail and with Production, Mixing and Mastering from their very own Chris Whited, who also graces the drum still, Bodysnatcher have entered the Graveyard with a live music video for “Bone Casket”. The deluxe version of their current album “Death of Me” is out now via Stay Sick
Read More 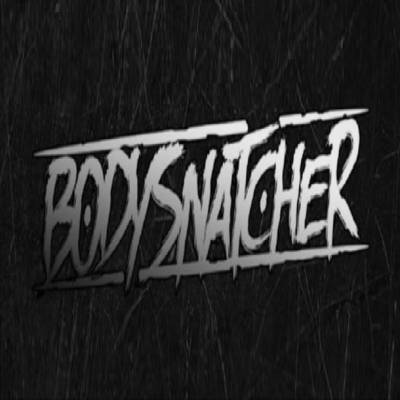 Not to be confused with the call of Doctor Who’s Daleks, Bodysnatcher have released a video for “Exterminate” from the deluxe version of “Death of Me”. The album is out now via Stay Sick Recordings and was produced, mixed and mastered by their drummer Chris Whited who is rapidly making a name for himself in
Read More

Masquerade in Atlanta Georgia on 4th April saw Bodysnatcher tear it up with Lorna Shore. From that set, here’s “Ego Killer”, “Rancid” and “Exterminate”. Signed to Stay Sick Recordings, the Melbourne Florida quartet managed by E.J. Shannon are touring the deluxe version of “Death of Me” out now!
Read More

As the deluxe expanded version of “Death of Me” is doing the rounds, Bodysnatcher have released a live video (as in a video of the band playing the track live and the album version over the top so without a decent bit of clever editing, the watchful eye can spot where it’s out of sync)
Read More

Floridan Deathcore brutes Traitors have followed up their February released album “Anger Issues” with a brand new single entitled “Dwell”. Recorded, Mixed and Mastered by Chris Whited at 1776 Recordings, the dude behind the new Mixing and Mastering job on the re-release of “Death of Me” by Bodysnatcher has done well. The single is available
Read More

Produced, Mixed & Mastered by Chris Whited at 1776 Recordings, the re-release with a huge 5 extra tracks of last year’s “Death of Me” that only had 9 tracks in the first place is a surprise. Yes, Bodysnatcher could have released an EP or built a new album but the decision may have been pre-medicated.
Read More

Connor McGregor smashes the drums in this new video! Taken from the today re-released 5 track extended version of “Death of Me” from Bodysnatcher! It appears via Attila’s Stay Sick Recordings with destintive Deathcore overtones. The song is entitled “Isolation” and the review is forthcoming shortly…
Read More