While new album “Bleed-Abide” is still ringing in our ears, Melbourne Florida Deathcore brutes Bodysnatcher have shared some hilarious behind the scenes footage from their US tour with Dying Fetus, Chelsea Grin, Frozen Soul and Undeath. If evidence was needed then it can now be witnessed in triplicate and it’s safe to say they’re having
Read More

…with Lorna Shore exiting stage left from the Carnifex and Chelsea Grin co-headlining European tour trek in February to join Bring Me The Horizon, there was only one band who could step up and fill this heavy void and  Melbourne, Florida Deathcore brutes  Bodysnatcher. They’ve have not only accepted the offer to join an absolutely
Read More

Recorded at Homewrecker Recording Studio in Tucson, AZ with Ryan Bram (Gatecreeper, Bitter Rivals) handling the production and mixing duties, Creeping Death will be unleashing an EP by the name of “The Edge Of Existence” on 8th October via eOne Music, the news joined by a music video for the title track. The EP will
Read More

Having reactivated their bandcamp page after six six six years in February, Melbourne, Florida Deathcore Merchants Bodysnatcher have dropped a fourth single in four months. After their rendition of “Smash Your Enemies” by Hatebreed surfaced last month claimed to be the only cover the quartet will ever do, they’ve returned with one of their own
Read More

It has been all change in the Bodysnatcher scenery of late with 3.6 million Spotify streams in 2020 they have announced their signing to not only a new label home in eOne Music but also a new EU booking agent in Avocado Bookings. Both of those announcements came last week with the single “Break The
Read More

Returning to their 2019 album “Luciferous“, which incidentally is also available in a deluxe edition that has the full album in instrumental form, Spokane Washington based Death Metallers Enterprise Earth (ex-Infant Annihilator, Delusions of Grandeur, The Harvest Colour, Sicarius) have released a music video for “Scars Of The Past“, filmed by Stay Goulden. Vocalist Dan
Read More

Released 22 years ago in February 1996, “Roots Bloody Roots” by Sepultura was the lead single from their legendary sixth studio album “Roots”. The album not only marked their collaboration with Ross Robinson but also their final album with their original line-up. Roadrunner Records made their name releasing albums like this one and it was a time when
Read More 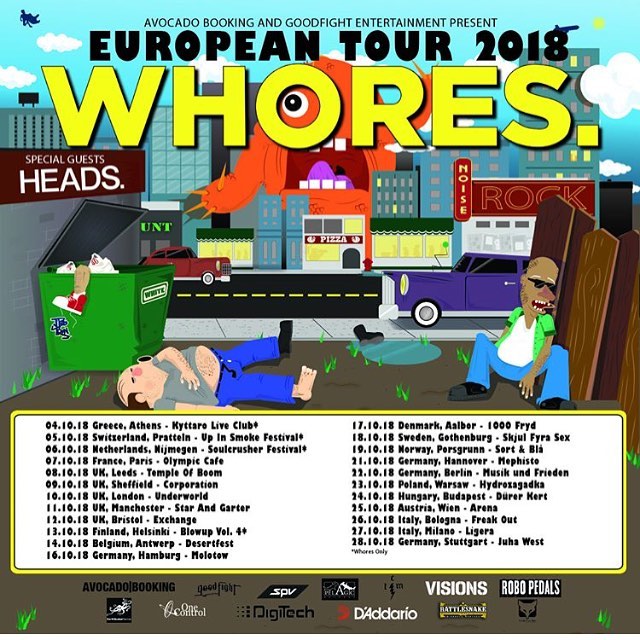 Combined with the announcement that “New Album coming Fall 2018!”, Boston, Massachusetts Metalcore crew Unearth have released single “Incinerate” via Century Media! It has been 4 years since their previous effort “Watchers of Rule” was released via eOne Music. Let’s hope it has been worth the wait!
Read More