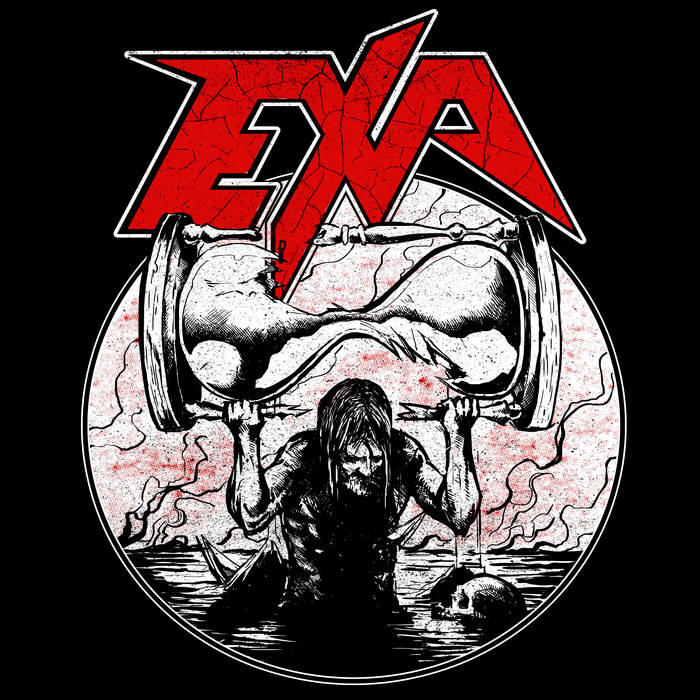 What happens when you take four dudes from Berlin with a love of 80’s Thrash Metal and broken glass? You get EXA, a band who have kept us waiting for their sophomore album “Left In Shards“ but who have done the decent thing and given us “Witch Hunt” and now “Hire To Fire“. Having supported
Read More

A whirlwind of an 80’s Thrash Metal nostalgia trip has been unleashed by Berlin Germany based EXA as the first single “Witch Hunt” from their as yet undated sophomore album “Left In Shards“. Continuing a narrative about a love of broken glass and jagged edges that the band seem to hold dear, it follows debut
Read More

Following the success of their well received debut album “Cut The Past“, Berlin Germany based Thrash act EXA returned to the studio to record a new single “Death Is Coming“. As that has now surpassed 25k Spotify streams alone the band have shared a playthrough video with drummer Leon Pester taking center stage. 6th May
Read More

11 months after their highly admired album “Cut The Past“, Berlin Germany Thrash quartet EXA have returned with single “Death Is Coming“. Originally forming in 2014 as a school band, they eventually made their debut with EP “Ignite” in 2018 before cementing their place in the Thrash resurgence alongside Hazzerd, Netherblade and Thrasherwolf with their
Read More