With what has to be a contender for the longest album title of the year Bigfoot-inspired death metal band Troglodyte have re-emerged from the Missouri wilderness with their newest bloody slab of brutality, “The Hierarchical Ecological Succession: Welcome to the Food Chain“. Recorded and mixed by Ryan Vincent at Apollo Audio Alt (Misery Index, Scour)
Read More

November 6th 2020 will see ‘Ex Rosa Ceremonia’ out via Transcending Records from Death Doom overlords Pulchra Morte, a band who in their ranks feature members of Immolation, 1349, Uada, Exhumed, Mondo Generator and Black Tusk to name but a few with “The Serpent’s Choir” being unveiled as the first track from the record. Formed
Read More

West Texas Metallic Hardcore crew Judiciary laid down the gauntlet with “Surface Noise” and headed to London’s New Cross Inn for the only Southern show of their run with Vamachara in May. Pro-Shot by Sean Pitcam, here’s the full set. They’re currently on a US run opening up for Exhumed, Gatecreeper and Necrot…
Read More 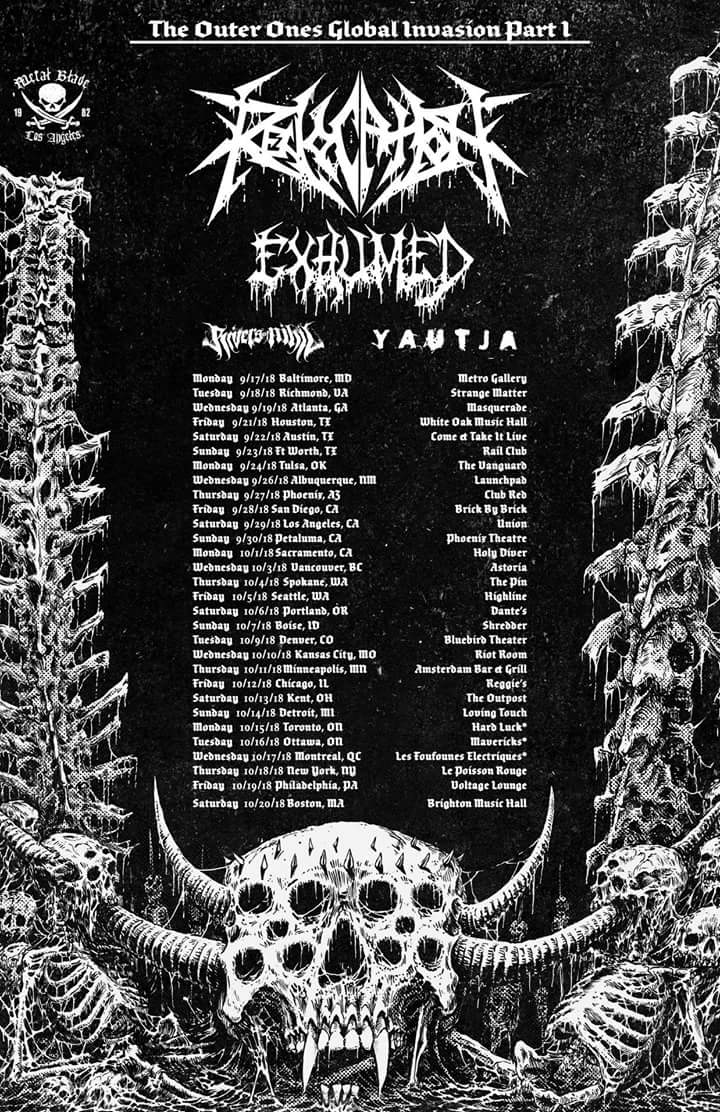 From the first leg of Revocation’s “The Outer Ones Global Invasion Tour” in the US, here’s Pro-Shot footage of San Jose Californian Death Metallers Exhumed performing their track “Torso”! The recording is from the 1st October stop at Holy Diver in Sacramento California.
Read More