Following a number of very well put together lockdown sessions including Tech-Fest at home, Edinburgh Progressive Metallers Tiberius have taken some time to learn a stone cold classic. That would be “From Out Of Nowhere” by Faith No More, something ripped up by the likes of Five Finger Death Punch and the only time that
Read More

It’s that time of the week once more. Brazilian Thrash Gods Sepultura have delivered part #6 of a Q&A series with bassist Paulo Xisto Pinto Jr once again taking the limelight. This time out (and for the second week running) there is a special guest with Faith No More bassist Billy Gould joining the party.
Read More

Founded in 2015 around the area of Rennes in France, Man’n Sin quickly found there own musical path between Groove Metal, Thrash, Hardcore and even Progressive Metal as the quintet took influence from (early) Machine Head, Pantera and Lamb Of God before they began their musical journey on stage, playing dozens of gigs in Europe and
Read More 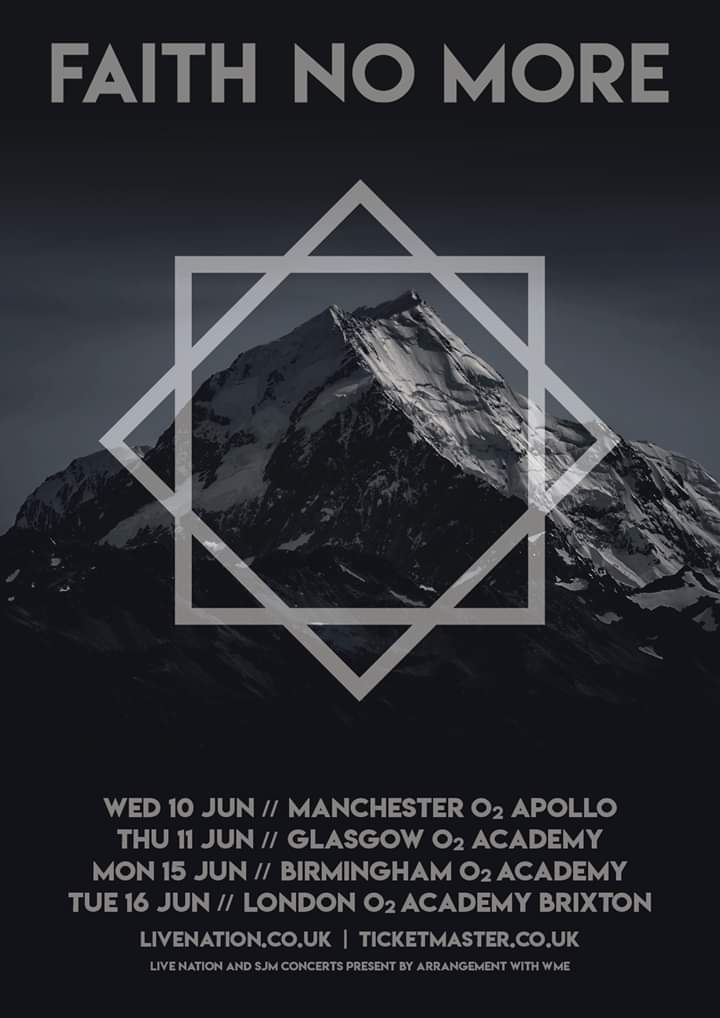 The legendary Faith No More have fleshed out their summer touring plans around their previously announced June headlining slot at Sunstroke Festival with a quart shows that are sure to sell out faster than a pitcher of Lemonade getting drained on a hot day. What do we want? “King For A Day… Fool For A
Read More

Way back in 2002 we saw the Roadrunner Roadrage Tour as it rolled up on Brighton’s Concord 2 like a tank with a trio of Roadrunner Records Metalcore bands in their infancy. Two of those bands have remained on the scene and outlived the stereotypes by reinventing themselves while staying true to their roots. Killswitch
Read More

Following all the hype around their major label debut “Memoirs of a Murderer” and then the frankly brilliant and cruelly overlooked “La Petite Morte or a Conversation with God”, King 810 are back for a four affair (counting their debut as “King” entitled “Anachronism” and featuring second Guitarist Jason Hale of Chiodos fame) with “Suicide
Read More

7 tracks from Sacramento California Noise Metal heroes Will Haven at Manchester Rebellion on Friday 2nd November?! Let’s have it then! Re-living that phenomenal London show with High quality footage from Manchester that is fantastic! Not to mention their cover of Faith No More classic “Jizzlober”! One thing that is different about this show than
Read More