2022 continues to get wave after wave of tour news with bands looking to book shows further in advance than usual and the latest to do so are New Thrash Kings Anthrax. They’ll be bringing a 40th Anniversary run with a career spanning set along with Municipal Waste for all full on Thrash spectacular that will
Read More

Being the only one of the “Big Four” of Thrash from the East Coast, Anthrax always seemed at odds with the composition of the quartet, especially given the strength of Exodus and Testament as pretenders to the thrown, not to mention Overkill. Back in 1995, after the success of the bands first album with Armored Saint
Read More

A classic remixed and remastered by a master. Ahdy Khairat has taken “For Whom The Bell Tolls” from “Ride The Lightning”, arguably the second best album from Thrash titans Metallica and given it the full modernization bringing the tune screaming into 2019. He needs to be pestered into doing the same with “Fistful of Metal”
Read More

Given some of the comments we’ve received on this piece we’re going to take a moment to talk about what it’s about. Anyone can get the grossest, bloodiest, goriest album art work and say “this is hideous” and shouldn’t exit. That’s not what this is about. It’s about Artwork that makes you look at it
Read More 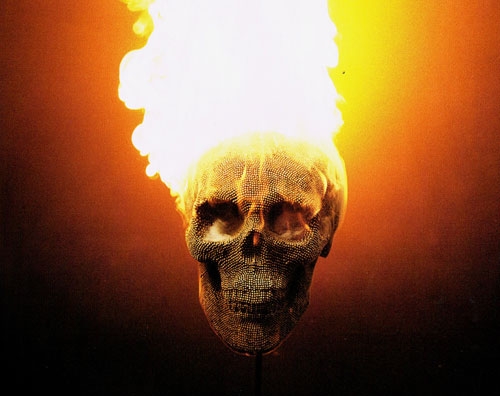 What’s more Metal than a skull? A burning skull! Blackhand used 10,000 matches to recreate a Ghost Rider style skull. Apparently it’s better to burn out than fade away, so there is nothing else to do but light it up! After watching the clip, why do we feel like putting on “Deathrider” by Anthrax ?!
Read More