Filmed during a run of shows with Fleddy Mercury and Arson at Het Depot in Gent Belgium, The Curse Of Millhaven have dropped a music video for “My Reign, My Wrath” from their August 2019 album “Thresholds“. The shows represent the Death Groove Metallers first in 20 months in support of an album that deserves
Read More 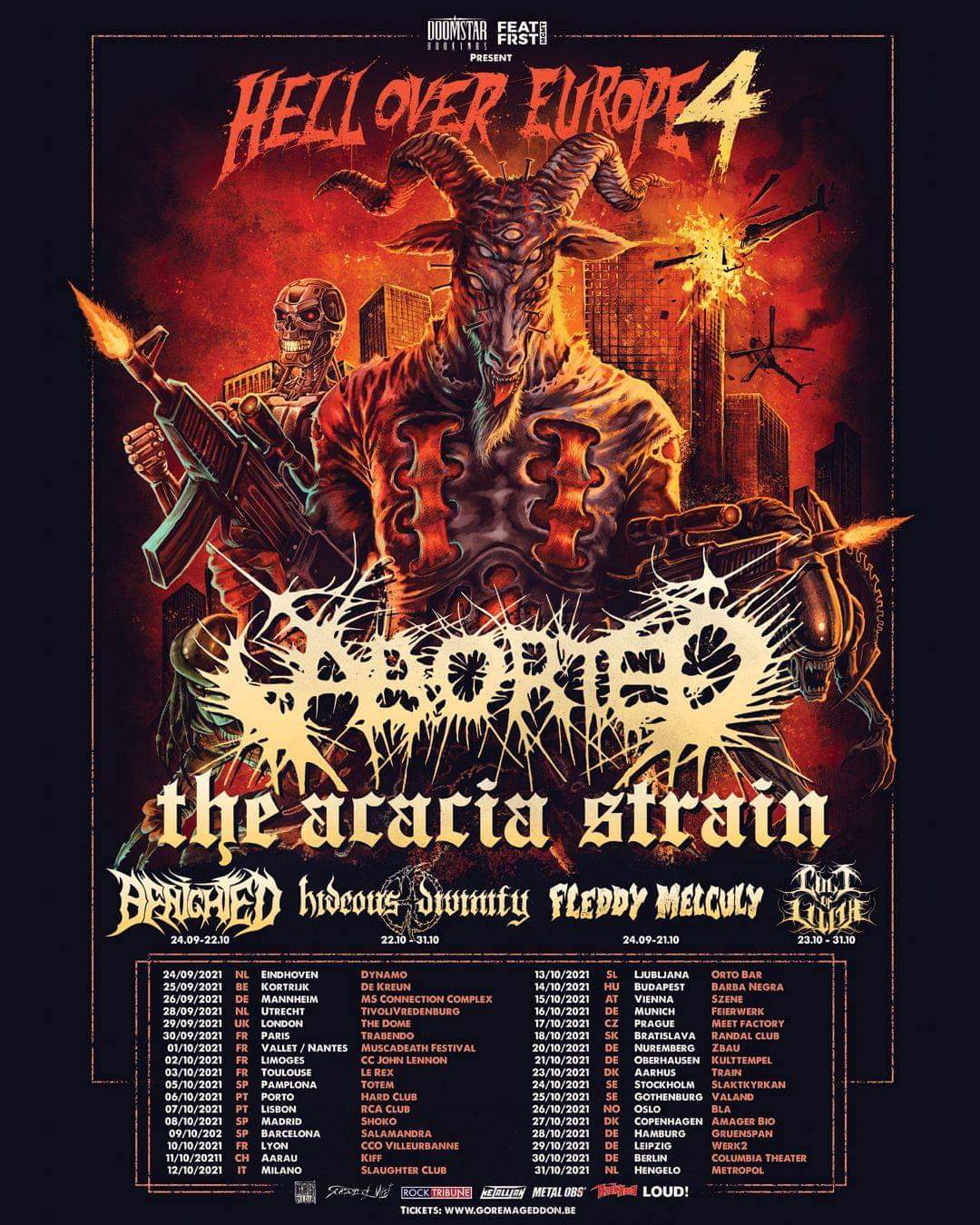 There is just one date to get excited about as the forth incarnation of the Hell Over Europe tour sets it’s sights upon our shores once more. That is 29th September 2021 as Aborted will be joined by The Acacia Strain, Benighted and Fleddy Melculy at The London Dome for one brutally heavy night of
Read More