Tag: For I Am King

Back on the road with Our Hollow Our Home after an 18 month period that has seen them announce new vocalist Oli Duncanson, record a new album in “Coma” Produced and mixed by Oz Craggs at Hidden Track Studios and Mastered by Ermin Hamidovic at Systematic Productions and announce their signing with Arising Empire, the
Read More

…and lets face it, most of us are right now because life during the Pandemic is lacking in pizazz. In the words of JJ Peters, all we want to do is party and bulls*** and all we have is Costa Del Sofa. Well very soon our s*** is going to be like radiator water once
Read More

The hints at new material from South coast Metalcore heroes Our Hollow Our Home have been floating around cyberspace for some time with the title of their upcoming 2021 European tour trek in September and November with For I Am King, TheCityIsOurs and ChuggaBoom being the biggest of all. So finally, the wait is over
Read More

It’s official. We’re about 22 hours behind ChuggaBoom launching their daily dose of Advent Metal Madness, which means that Day #7 has only 63 minutes to run before the next cut could potentially appear. What can we say? S*** happens? Better late then never? Who has got time for that cliched ol’ Bulls***? Crack open
Read More

Southcoast Metalcore heroes Our Hollow Our Home have announced a huge European tour trek for the final quarter of 2021 with For I Am King, TheCityIsOurs and ChuggaBoom in support, except for the opening pair of dates when Dream Awake will perform. The band, who celebrated the fifth anniversary of “Feast For The Crows” back
Read More 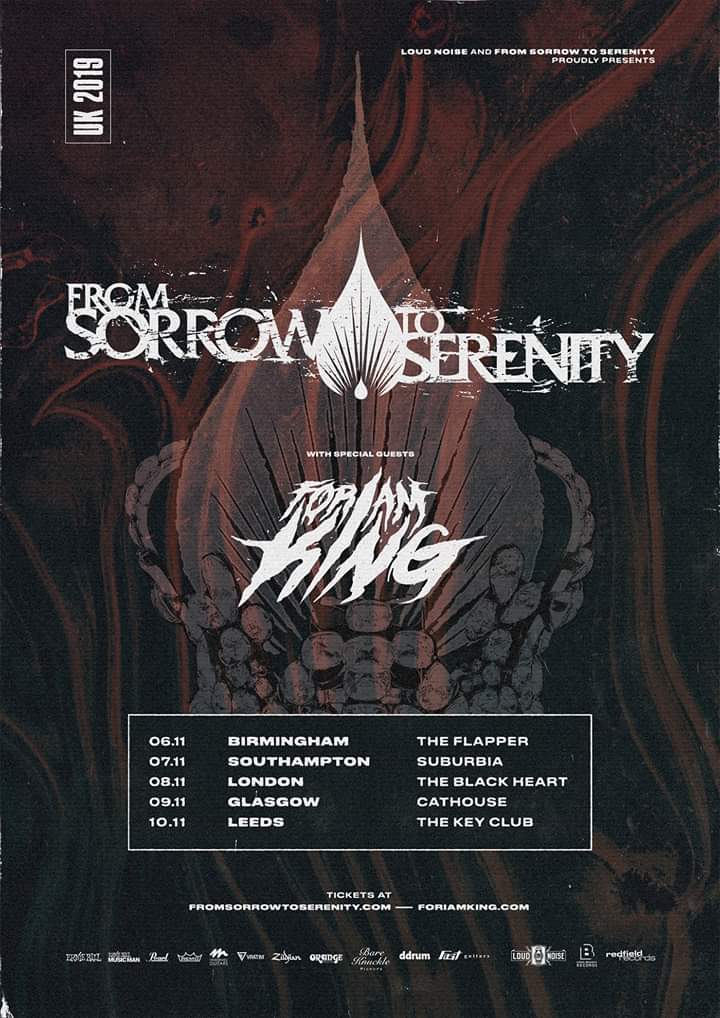 Filmed at Satan’s Hollow in Slamchester, Glaswegian DJentlemen from Sorrow To Serenity wrecked the place with “Perpetrator”. That show was back on 27th May and the band will be back with For I Am King in November for a run of five shows!
Read More

Filmed at Satan’s Hollow in Manchester on 4th August, Glaswegian DJentlemen From Sorrow To Serenity show Slamchester how it’s done North of the border with “Illusive”! They’ll be joined by For I Am King for 5 stops in November so don’t sleep on these!
Read More

The next cut from the now two month old Metal Hammer Magazine tribute to Slipknot has now officially begun to stream! Glaswegians From Sorrow To Serenity got the chance and put down the gauntlet with their version of “The Blister Exists” from “The Subliminal Verses”. They’ll be joined by For I Am King in November
Read More

Glaswegians From Sorrow To Serenity will be zigzagging the UK in November with special guests and Amsterdam natives For I Am King. The run will see the pair play 5 shows together while listening to the new Killswitch Engage album “Atonement” in the van. 6th Birmingham, The Flapper 7th Southampton, Suburbia 8th London, The Black
Read More