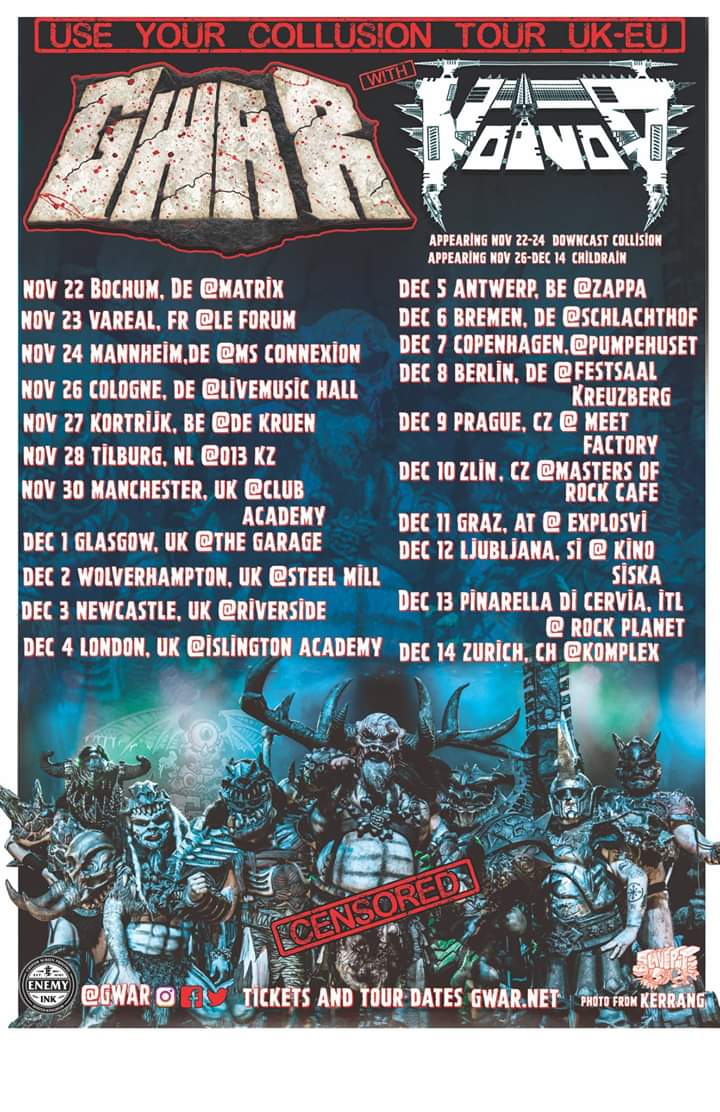 It’s fair to say that the legend of Gwar will never die. Five UK shows in the middle of their European Tour entitled “Use Your Conclusion” – yes – that is a Guns n’ Roses parody joke – saw the 4th December set at the O2 Academy in Islington London filmed from the balcony for
Read More

As ever, Gwar continue with the puns and this time out it will be “Use Your Collusion” across Europe with Vovoid and Childrain in December. That of course being a take on the classic Guns ‘n Roses album title “Use Your Illusion”. But you knew that already, right? 11/30 – Manchester, Club Academy 12/01 –
Read More