Recorded, Mixed and Mastered by Dan Kerr at Avenue Studios, South Coast Metalcore heroes Our Hollow Our Home have shared a brand new single! “Burn It // Bury It” will be officially released tomorrow, 25th October, however is available via their Official YouTube channel right here right now! As the bands Holloween III event is
Read More

2019 will be a big year for Southampton Metalcore quintet Our Hollow, Our Home. In self-releasing via their own Hollow Music label, the follow up to 2017’s highly successful “Hartsick” the freshly released “In Moment//In Memory” that were about to review will be not a make or break release, but one which could come pretty
Read More 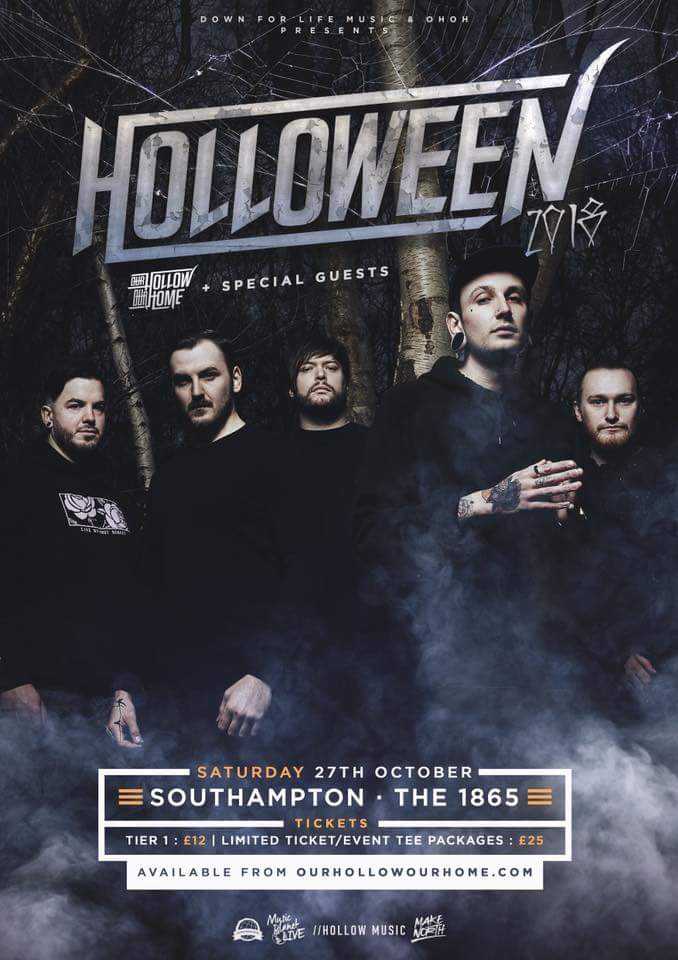 Our Hollow Our Home have announced their annual Halloween (or Holloween) hone town show for 2018. It will be taking place at The 1845 in Southampton on Saturday 27th October with tickets available here. While special guests are to be confirmed through rumours are circulating that Portsmouth’s Sleepwalker will be on the bill…
Read More 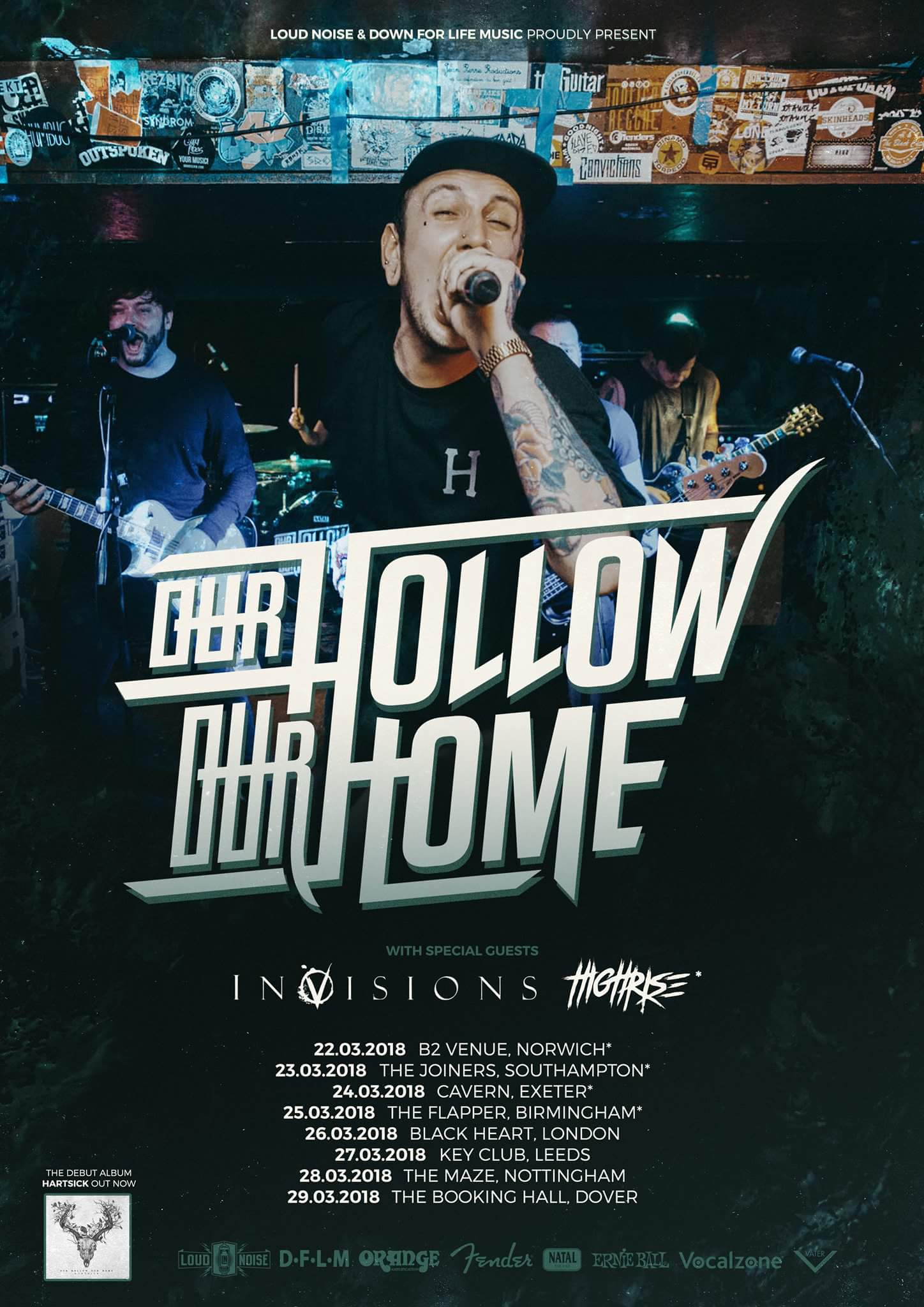 Our Hollow, Our Home have released a music video for the first new release from their upcoming as yet untitled second album. The new song is called “Speak of Sorrow”. The band have a trio of June Mainland Europe festival dates including Graspop Metal Meeting in Belgium. Their previous album “Hartsick” is available here.
Read More

Taking time out of the studio for a UK headlining run with support from Invasions & High Horse, Our Hollow Our Home will be hitting the road in March. For now, their album “Hartsick” is available everywhere you’d expect it to be! 22nd – Norwich, B2 Venue 23rd – Southampton, The Joiners 24th – Exeter,
Read More 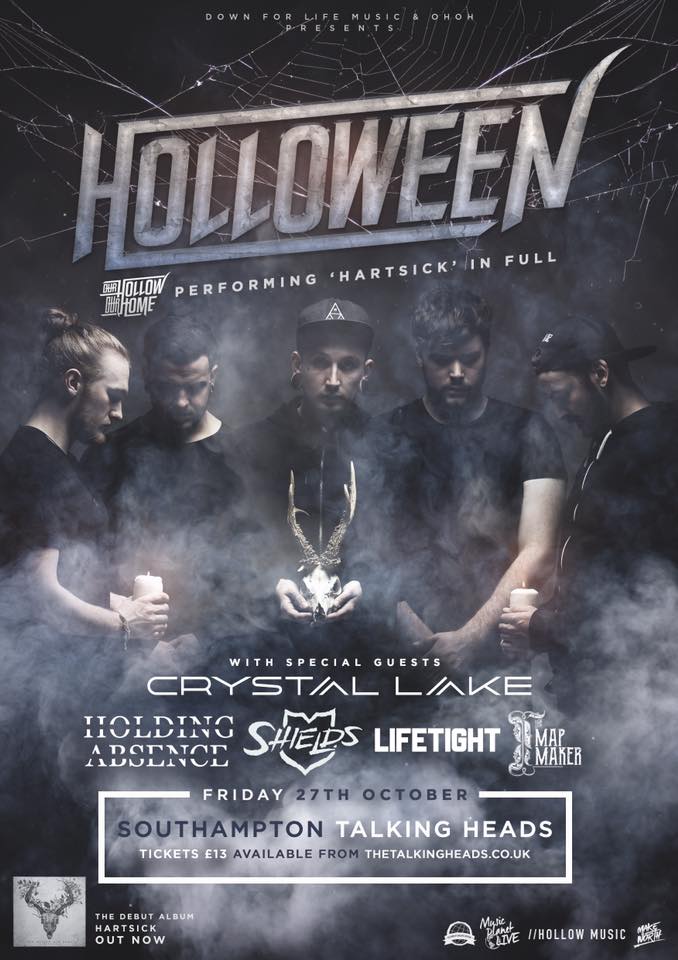 What Christmas would be complete without a surprise? Hollow Our Home have released a music video for “Pride: Of Might & Mane” from their cracking debut album “Hartsick” which is out now.
Read More

Southampton Melodic Metalcore crew Our Hollow, Our Home have released a music video for “Web Weaver” taken from the bands current album “Hartsick”. They’re currently on a European run with Secrets and Shields.
Read More