Back in July 2020 Scottish Thrash Metallers Ifreann shared a hilarious tour documentary from their Celtic Thrash Tour with Crossfire from the start of the year. They have now given us a full set from Voodoo in Belfast Northern Ireland on 13th March 2020, filmed by Beard Noise Sound Services, which features cuts from their
Read More

Scottish Thrash Metallers Ifreann have shared a hilarious tour documentary from their Celtic Thrash Tour with Crossfire in February. The bands were filmed by Karolina Skarpetowska on the run that came in support of their current EP “Desecration“. We were lucky enough to do an interview with them at the time, so if you’re a
Read More 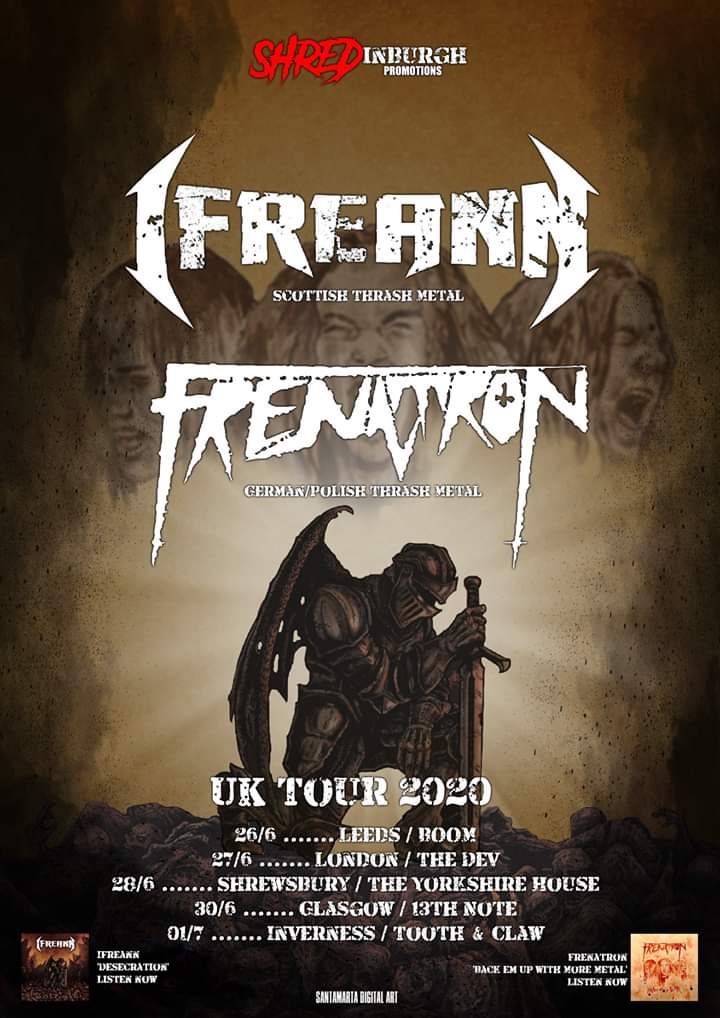 Joining forces for the first time are Edinburgh Thrash quintet Ifreann and German Polish crew Frenatron for a summer co-headlining trek. Both bands have got recently released material to bring to the party with Ifreann following up 2019’s “Unearthly” with “Desecration” last month and Frenatron unleashing “Back Em Up With More Metal” 26/06 – Leeds,
Read More