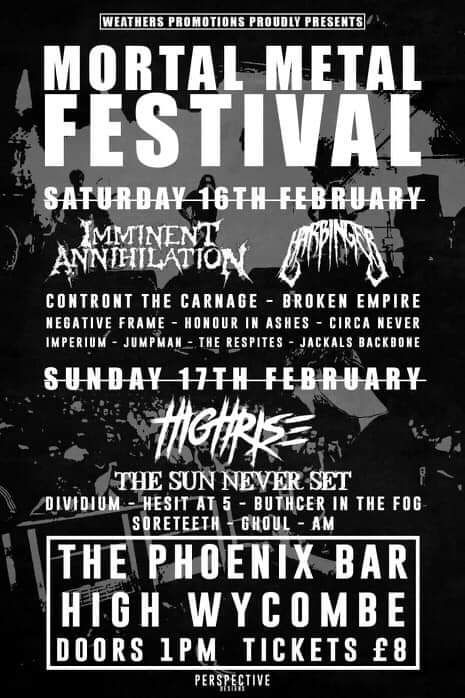 The Techtonic Plate moving force that is Harbinger have announced they will be partaking in a headlong slot at a 2 dayer at The Phoenix Bar in High Wycombe! Mortal Metal Festival will take place across the weekend of 16th & 17th of February and see 18 bands destroy the venue with some crushing Underground
Read More