Engineered and Recorded by Reece Whyte, Jack Craven and Adam Rogers while being Mixed & Mastered by Adam Rogers at Pit Lab in Leeds in Spring 2019, “Demonstrate Your Pride” is the fifth cassette tape in 4 years from Belfast Hardcore quartet Last Wishes. A band we were unaware of until they took the stage
Read More

Courtesy of David Tan and Owen Diplock, here’s the Pro-Shot full set from London Hardcore crew Ironed Out that we had the pleasure of witnessing at this summer’s incarnation of Upsurge Festival! They’ve announced they’re working on new material so may not play any further shows until 2020…
Read More

Pro-Shot by David Tan, Sean Pitcam and Kathryn McBride in Leeds at Outbreak Festival on 28th April, here’s a full set from Last Wishes! Their third EP “Demonstrate Your Pride” is out now, your can pick it up via bandcamp. It features a duo of guest vocal appearances, firstly on “Forced Into Sin” by Elias
Read More

Captured at Ready Fest 2018 at the Boston Music Room in London, here’s a full Pro-Shot set in High Definition from Ironed Out! Courtesy of David Tan on 1st September, it sees the Grime influenced Hardcore six piece at their finest. They will be joining Deez Nuts, Risk It and Backtrack in supporting Terror on
Read More

Having not only already told us about his top 5 underground hardcore bands and his top 5 classic hardcore bands, Terror frontman Scott Vogel talks about the Los Angeles California quintets your rituals! If you aren’t already in the know, the band have a new album out in “Total Retaliation” via Nuclear Blast and are
Read More

…and from the same show on the Total Retaliation Invasion tour in Philadelphia Pennsylvania on 16th October, here’s the full Pro-Shot set from the headlining act Terror! 2nd & 3rd December at London’s Camden Underworld will see them joined by Ironed Out, Risk It, Backtrack & Deez Nuts in support of their seventh studio album
Read More 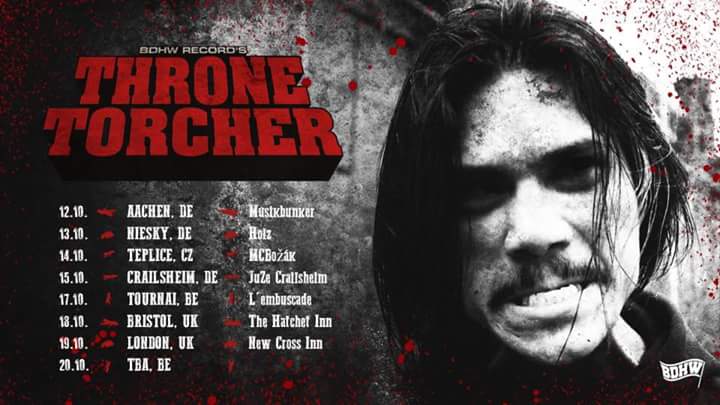